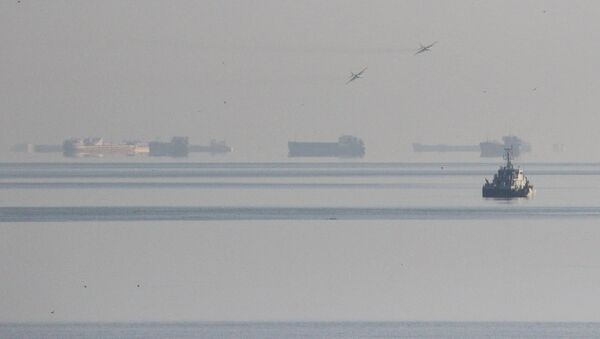 "Ukraine demands to provide urgent medical assistance to the wounded and to ensure their immediate and safe return home. Ukraine also demands to return the captured navy ships and to compensate for the damages caused," the ministry said in a statement.

"Ukraine is urging its allies and partners to take all necessary measures to deter the aggressor, i.e. by applying new and strengthening existing sanctions, as well as by providing Ukraine with military assistance to protect its territorial integrity and sovereignty within the internationally recognised borders," the ministry said.

A spokesman for the FSB Border Directorate for Crimea, Anton Lozovoy, said earlier in the day that the vessels seized were being convoyed to the port of Kerch and that three slightly wounded Ukrainian soldiers had received medical assistance.

The Ukrainian ships did not react to legal demands of the ships accompanying them and made dangerous maneuvers, the FSB noted. A criminal case over the violation of the state border of Russia has been initiated.