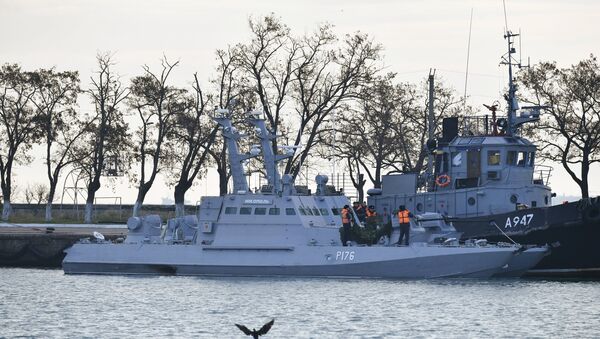 The Ukrainian army has been placed on high alert, the Defence Ministry’s press service announced in Kiev on Monday. The statement said that the move followed a decision by the National Security and Defence Council of Ukraine (NSDC) on the introduction of martial law.

The Security Service of Ukraine (SBU) has also been put on heightened alert.

"Counterintelligence measures have been strengthened to prevent further provocations by the Russian special services on the territory of Ukraine and destabilise the situation inside the country," the statement added.

A spokesman for the FSB Border Directorate for Crimea, Anton Lozovoy, said earlier in the day that the vessels seized were being convoyed to the port of Kerch and that the three wounded Ukrainian soldiers had received medical assistance.

Russia has launched a criminal probe into the incident and requested an emergency meeting of the UN Security Council to discuss the situation in the Sea of Azov. A preliminary session is scheduled for Monday morning.