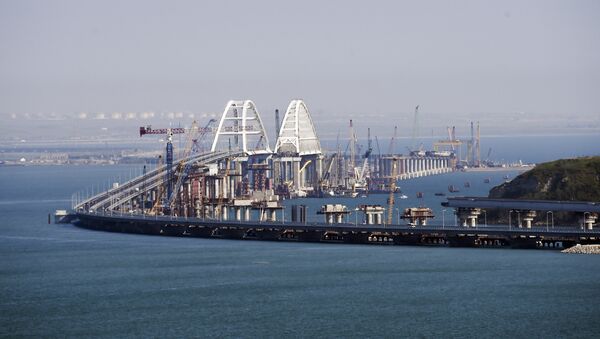 MOSCOW (Sputnik) - The press service of the Crimean border guards of Russia’s Federal Security Service stated that 3 ships of the Ukrainian Navy crossed the border, entered the temporarily closed Russian territorial waters and moved from the Black Sea to the Kerch Strait, violating Articles 19 and 21 of the UN Convention on the Law of the Sea.

The incident with the Ukrainian ships in the Kerch Strait became one of the most notorious attempts to cross Russian border in the last years. The crossing was prevented and the incident resulted in no deaths or major injuries. The attempt, however, becomes another major episode among other high-profile cases of illegal crossings of the Soviet and Russian state borders.

On April 8, 1950, a US Navy PB4Y-2 Privateer was shot down by a Soviet fighter La-11 over the Baltic Sea, off the coast of Latvia, south of Liepaja. All 10 crew members died.

In May 1950, two US F-51 Mustang aircraft violated the air border near Uelkal airfield in Chukotka. An air battle occurred between the two Soviet fighters La-11 and two F-51. As a result of the fight, one F-51 was shot down and one Soviet aircraft was damaged.

On May 1, 1960, a US Lockheed U-2 surveillance aircraft, operated by CIA pilot Francis Powers, violated the airspace of the Soviet Union and was shot down near the city of Sverdlovsk (now Yekaterinburg). The surveillance aircraft was shot down by an S-75 air defence system. The pilot survived and was sentenced to 10 years in prison. In February 1962, in Berlin, Powers was exchanged for the Soviet intelligence officer Rudolf Abel.

No Country for Old Planes: What Could U-2 Aircraft Spy in Russia
On July 1, 1960, the ERB-47H Stratojet aircraft from the 55th Strategic Reconnaissance Wing of the US Air Force illegally crossed the air border between Norway and the Soviet Union. The aircraft that took off from a UK airfield was intercepted and destroyed by a MiG-19 fighter over the Barents Sea. Two out of the six crew members survived, both pilots were captured and then released in January 1961. In addition, a month after the incident, the Soviet side returned the found remains of one of the four dead crew members to the United States.

On July 1, 1968, a McDonnell Douglas DC-8 aircraft of the US Seaboard World Airlines airline crossed the USSR border in the Kuril Islands. There were more than 200 US soldiers on board of the aircraft. Soviet fighter jets were sent there to intercept the US aircraft. After the investigation and establishment of the circumstances, the aircraft, the soldiers and the crew were handed over to the US government.

On November 28, 1973, an RF-4C Phantom II reconnaissance aircraft of the Iranian Air Force that took off from Turkey, invaded Soviet airspace through Armenia and Georgia. The Soviet MiG-21SM fighter intercepted the Iranian aircraft in the area of Georgia. The Iranian plane was shot down by a battering ram. The Soviet pilot was killed, while the F-4 crew was captured and arrested by the Soviet side and then released shortly thereafter. 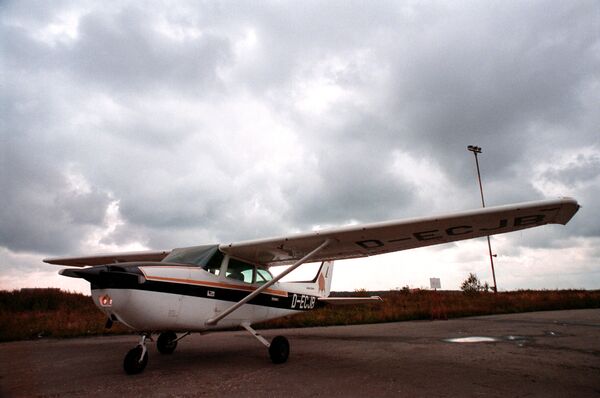 On September 1, 1983, a Boeing 747 of the South Korean company Korean Air was shot down by a Soviet intercept fighter in the sky over Sakhalin. The plane was flying on New York-Seoul route. There were 269 people on board, including 246 passengers. All passengers and crew members died in the crash. The Boeing’s destruction provoked a global scandal. The United States accused the Soviet Union of deliberate destruction of the airliner. On September 5, the Soviet Union admitted that the plane was shot down.

On March 13, 1986, the Yorktown missile cruiser and the Caron battleship of the US Navy violated the Soviet territorial waters near the southern coast of the Crimea to a distance of 10 km (6.2 miles). The ships came with radio-electronic stations in operation for, obviously, purposes of integrated reconnaissance.

On May 28, 1987, a German aviator Mathias Rust violated the Soviet Union state border on a Cessna sports aircraft and, having travelled 1,220 kilometres (almost 760 miles) in 5 hours and 50 minutes, landed in Moscow. The plane landed on the Bolshoi Moskvoretsky Bridge and freewheeled to St. Basil’s Cathedral. The pilot got out of the plane and immediately began to sign autographs. He was soon arrested. Rust was sentenced to four years in prison. He was pardoned by the Presidium of the Supreme Soviet on August 3, 1988, and expelled from the territory of the Soviet Union.

US Secret Service Slams UK Media Report on "Russian Spy" as Irresponsible
On February 12, 1988, the Yorktown cruiser and the Caron destroyer of the US Navy passed through the Bosphorus, setting a course towards the Soviet coast. Two Soviet corvettes, the Bezzavetnyy and SKR-6 met the ships to accompany them.