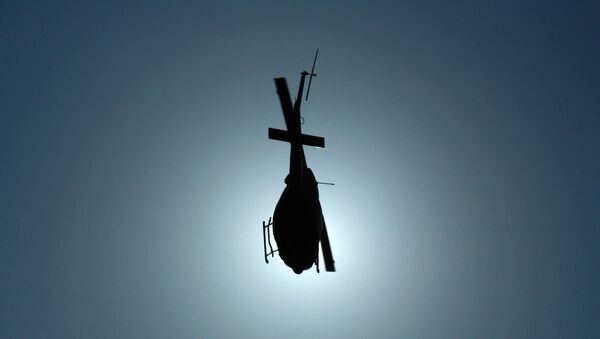 Turkish media reported that rescue teams have been dispatched to the helicopter's crash site in a neighbourhood in Sancaktepe district, Istanbul.

According to the Yeni Safak news outlet, a military helicopter crashed in Istanbul on Monday, leaving several soldiers wounded.

Four soldiers have been killed in the crash, one injured, according to Hurriyet Daily News. According to the preliminary information, the crash occurred as a result of a technical malfunction, the NTV channel reported.

Twitter users have uploaded pictures of the crashed aircraft as well as alleged footage showing the moments before the incident.

The Turkish Anadolu Agency reported the helicopter was on a training mission when the accident happened.

Commenting on the accident, Turkish Defence Minister Hulusi Akar said that the pilots did their best to fly the machine away from populated areas.

"The helicopter was performing a training flight and there were four officers and a sergeant on board. At 10.02 a.m. [07.02 GMT], our military were forced to make an emergency landing for some still unknown reason. As we see, our heroes took great efforts in order to divert the helicopter from the crowds on the street and they succeeded in this," Akar was quoted as saying by the NTV broadcaster.

The minister added that the sergeant was undergoing a surgery, adding that he was in a critical condition.

The helicopter crashed between two apartment blocks in Istanbul's Sancaktepe neighbourhood and split into two with debris scattered over the street.

Turkish President Recep Tayyip Erdogan has already extended his condolences to the families of the officers killed in the helicopter crash.

This incident comes on the heels of another helicopter crash that took place in the Sea of Marmara near Istanbul due to poor weather conditions and left two people seriously injured.