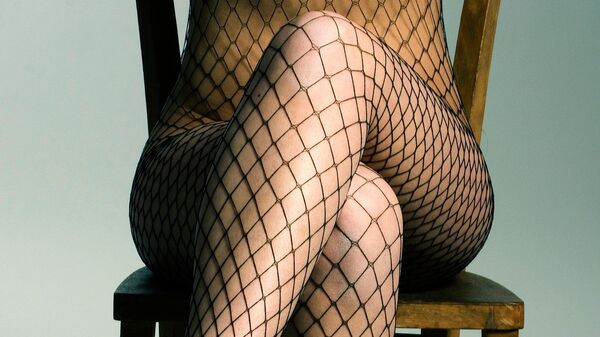 CC0 / /
Subscribe
International
India
Africa
The Thanksgiving weekend has been marked with an unexpected viral offensive, sending shockwaves online. Users slammed camera sex models for tax evasion and call on fellow netizens to report them to tax authorities. While some lambast campaigners as trolls, others consider them a serious threat.

Hashtags #ThotPatrol and #ThotAudit are trending on Twitter amid a new viral campaign, set up by “right-wing “incels” and men’s rights activists,” as News Corp Australia reports.

The acronym “Thot,” often used by Internet users, stands for “that hoe over there.” The flash mob encourages users to complain to the authorities, namely the IRS, about online sex workers, such as “camgirls” and Snapchat sex models, who allegedly do not declare their income.

According to the Australian website, the man behind the campaign is a Facebook user with the handle “David Wu”, who initially suggested netizens should report alleged tax dodgers, who earn money for sex performances on camera.

The call was spread by US author and self-proclaimed neomasculinity advocate Daryush Valizadeh, known under the alias Roosh V online. He insisted that failing to report the gratification, so-called thots receive online, was a felony.

I'm finding it hard to believe that women are not reporting income that is direct deposited into a bank account linked to their social security number, but their anger at the #ThotAudit shows that's exactly the case. It's like they think laws don't apply to them or something.

Thots have no idea how taxes work: freelance and 1099 income goes in Schedule C and is not counted as W2 "income". You must report it if you earn as little as $400 in a year. And Paypal donations count as earnings… your vagina isn't a 501(c)(3) charity. #ThotAudit pic.twitter.com/2mNkJFqnz4

​He also stated that the IRS might reward those who report tax evasion.

If you report a thot to the IRS and they collect taxes from her, you can receive up to 30% of that amount. There is actually a financial incentive to defeating thottery. pic.twitter.com/3BxAldTpFC

​This triggered a proper Twitter storm online. Some tried to debate the legal bearings of the campaign.

PSA to all sex workers, dancers, FSSW, 18+ Snapchatters: You DO NOT have to pay taxes in the US until you make more than $20,000 a year. Don’t worry about incels reporting you to the IRS because they actually can’t do anything without digital proof of your income.

​Others accused campaigners of giving way to their sexual frustration in this manner and insisted that one should report them for harassment.

So apparently incels are reporting sex workers online to the IRS under the name “#ThotAudit.”

The level of immaturity and sheer sexual frustration it would take for a guy to attempt to weaponize the state against a woman who hasn’t done anything to him is alarming.

I mean, #thotaudit is the very definition of a targeted harassment campaign.

Please report @rooshv and everyone you see using it to target sex workers.

​One user seemed to gain profit from the fuss.

In honor of the #ThotAudit movement, send me 40% more than you originally planned.

​There were those who insisted that is nothing but trolling.

I pay taxes. I'm not worried. But for those of you who are stressing the David Wu #ThotAudit drama, consider this: THIS is the form the IRS requires to report tax fraud. Do you seriously think the #ThotPatrol has access to this information about you? They're just internet trolls. pic.twitter.com/HrEVnydo5B

Lmao #ThotAudit is the funniest shit on twitter rn https://t.co/gFQe141GhT

​However, many simply enjoyed another Twitter storm, posting memes and jokes.

How the #ThotAudit squad looking while reporting thots to the IRS pic.twitter.com/Nwp1T2RALb