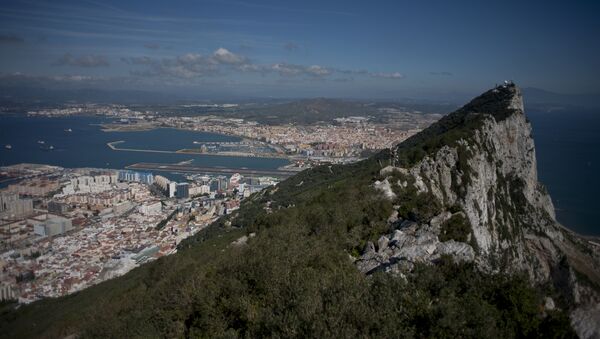 UK PM Theresa May is meeting the EU leaders in Brussels as she hopes to secure her Brexit deal. Meanwhile, Spanish PM Sanchez warned Friday that the Sunday summit is likely to be called off if there is no agreement by then on the Gibraltar issue. Sputnik discussed the issue with political analyst Dr. Ben Williams of the University of Salford.

Sputnik: Spanish Prime Minister Pedro Sanchez threatened to veto the post-Brexit trade deal just days before the EU summit unless the Gibraltar issue is resolved. What are the chances that the parties will come up with a solution on such a short notice?

Ben Williams: I think with the Gibraltar issue you can make parallels with the issue of the Irish border in the sense that it's a territory that's going to be affected by Brexit, because, obviously, Spain remains in the EU.

Gibraltar is a curious territory in the sense that it's connected to Britain and the British Empire still, even though it's geographically attached to Spain. So, obviously, the issue here is once Brexit takes place, the Spanish are probably rightfully concerned as to how this is going to impact on movement, trade, people, interaction between Gibraltar, which they have a close connection to, and the Spanish mainland.

Gibraltar's Chief Minister Says UK to Retain Sovereignty Despite Spain's Claims
So I think the Spanish are requesting some assurances on this, that there is going to be minimum disruption to this issue, in a similar way that the Irish have voiced similar concerns over the border in Ireland between the north and the south.

I think there probably will be some sort of a deal at the last minute I suspect, but it may just delay negotiations even more, and it's a another example of this very complicated process, which I think a lot of people, when it began, didn't really envisage, didn't really predict so many problems that have now arisen.

Sputnik: Looking back at the Brexit vote results, I think 96% of inhabitants of Gibraltar voted against Brexit and yet it seems that there is a will for the UK to continue ruling over Gibraltar.

Ben Williams: In the area itself there have been referendums taking place in recent years, I think the most recent one was in 2002, and there's about 30,000 people that live there and the vast majority want to remain British.

Spain Strikes EU Deal on Gibraltar, Brexit Summit to Move Ahead - Spanish PM
Curiously though, they also, when the vote came in for the 2016 referendum, over 95% of the people wanted to stay within the EU, possibly I suspect because of their close proximity to Spain and the European mainland.

So there were parts of Britain that did want to remain within the EU and the difficulty is, of course, providing a Brexit that will satisfy everyone, which is, of course, very difficult, because Theresa May has to deal with areas within the UK that were strongly in favor of Brexit and areas under UK control, like Gibraltar, that wanted to remain.

So Gibraltar is a curious phenomenon in that sense, and, as I've said, it adds to the difficulty of this process, which can lead to further complications at this summit.

Sputnik: What are the possible solutions to Gibraltar? Will there be something similar to the Irish solution that was proposed?

Ben Williams: Yes, I think there will have to be some kind of a similar arrangement (to the one) that they are proposing with Ireland, and as I said earlier on, the issue would be if there can be some smooth transition.

A lot of British people are there, they will still work in Spain and a lot of Spanish people will work in Gibraltar and, obviously, there are concerns about it. If a hard Brexit is imposed, and some kind of hard border is established between Gibraltar and the Spanish mainland, you can envisage the sort of disruption that it's going to cause, in a similar way that a hard Brexit may cause disruption on the Northern Irish border and a hard Brexit may cause disruption for British vessels and British wagons that are leaving the UK to get to mainland Europe.

And this is why a deal is needed in that sense, to smooth over these issues because Brexit doesn't just have an impact on Britain we're finding out clearly now. Other countries are going to see the ramifications of this, (such as) Spain in the issue of Gibraltar.

Sputnik: So what are the ramifications going to be for the 30 thousand people that do live in Gibraltar? Just as far as the free movement of people?

Ben Williams: I think to be fair, there will be a lot of uncertainty there, and I think there'll be some concern over the implications because they would take a different view to the bulk of many parts of the UK that were more inclined to leave.

Now there is some talk, the Spanish are talking about some degree of shared sovereignty and that has been discussed in the past. It would be highly controversial, because there will be some people who would say that it's the weakening of Britain's sovereignty over Gibraltar, but it's not unthinkable that if Britain did leave the EU, a possible solution to the Gibraltar question would be to bring the Spanish in for a greater degree of consultation in relation to matters that affect Gibraltar and its connections to the mainland of Spain.

Sputnik: It is such a small territory, and it's very difficult to phantom that there would be an issue with the freedom of movement; is there a possibility of a special status being granted?

Ben Williams: Well that's the sort of compromise that you would assume may be reached, and as I said, I'm pretty certain that it is going to be an issue on the agenda. It's unlikely that it will stop the whole deal.

I don't think Spain has the power of veto, but it would be an issue that would have to be negotiated and compromised because the Spanish could potentially make life very difficult for the people in Gibraltar. If there was a deal and a hard Brexit was imposed it could have negative effects, therefore, on the people living in the Gibraltar territory.

Sputnik: Some EU lawmakers are saying that actually Gibraltar is overrated, the whole issue surrounding Gibraltar in any case is overrated and even saying that Spain's attitude is ridiculous. Do you think that this is the case? What are your thoughts about Spain's protest? Is it justified, really?

Ben Williams: I suppose if you are of a suspicious mind you could see the Spanish are potentially trying to throw a metaphorical spanner in the works, because a lot of Europe doesn't want Britain to leave, so if you are a pro-Brexit politician in this country you could view the Spanish as just being a bit awkward here and trying to cause trouble and trying to cause further problems for Britain's exit from the European Union.

EU, UK Agree to Mention Gibraltar in Brexit Paper on Future Ties – Diplomat
But in fairness, as I've mentioned a few times, Spain has got a connection to Gibraltar, Spain has had long-standing claims on Gibraltar, and there are some people in Spain that would also like to see Gibraltar absorbed into Spain. Of course, the issue is that people living in Gibraltar are primarily British and want to remain British.

So in fairness to Spain, I think at the end of the day the Spanish are looking after their own national interests, and they want to see a solution that allows them to continue with their interactions with Gibraltar, and for there to be very limited economic disruption and limited affect on the freedom of movement, because, as I've said before, there is a lot of overlap and movement between Gibraltar in Spain and that is potentially threatened if the wrong Brexit deal is agreed upon.