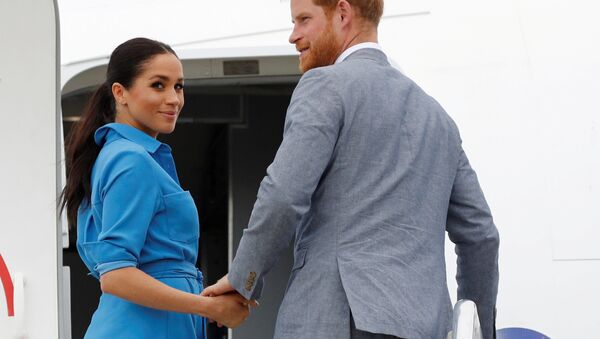 © REUTERS / Phil Noble
Subscribe
The Duke and Duchess of Sussex, who have a baby on the way, are to leave Kensington Palace, which they now share with Harry’s elder brother’s family, early next year. The Sun, citing a royal source, reports that they “don’t want to live next to William and Kate.”

Kensington Palace, representing the royal couple, has announced that Prince Harry and his wife Meghan would move to Frogmore Cottage on the estate of Windsor Castle. The relocation would take place early next year as they prepare to welcome their first child into the world, which is expected to happen in April.

“Windsor is a very special place for Their Royal Highnesses and they are grateful that their official residence will be on the estate. The Duke and Duchess's office will continue to be based at Kensington Palace,” reads the statement from the Palace, where the couple has lived at Nottingham Cottage since their engagement in 2017.

Frogmore Cottage, where the castle staff now resides, would undergo a complete renovation to turn it into a family home with several bedrooms, a nursery, as well as a gym.

In this way, Harry would split from his elder brother William, who resides in Kensington Palace with his wife Kate and their three children, with whom he has reportedly been very close and shared the residence for years. A royal source, cited by The Sun, says that the Duke and Duchess of Sussex were originally planning to move out of the cottage on the grounds of Kensington Palace and “into one of the main apartments,” but their plans changed.

"There has been a bit of tension between the brothers. Now Harry and Meghan don’t want to live next to William and Kate and want to strike out on their own. They need more room and hope Frogmore Cottage will be ready in time for when they have the baby,” the source says, as quoted by The Sun.