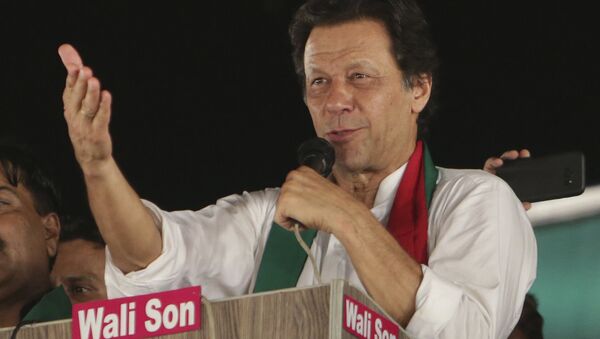 In an interview with Fox News that aired Sunday, US President Donald Trump defended his decision to cut off of aid to Pakistan, but it wasn’t long before Pakistan’s Prime Minister Imran Khan fired back on Monday, claiming that Trump’s false assertions “add insult to injury.”

"Frankly, wouldn't it have been nice if we got Osama bin Laden a lot sooner than that? Wouldn't it have been nice? Think of this, living in Pakistan, beautifully in Pakistan in what I guess they considered a nice mansion — I don't know, I've seen nicer — but living in Pakistan, right next to the military academy. Everybody in Pakistan knew he was there. And we give Pakistan $1.3 billion a year and they don't tell him, they don't tell him for years?" Trump declared to Fox News' Chris Wallace.

The country has also been put on the global Financial Action Task Force's gray list for not ending terrorist financing, Politico reported earlier this year. The US has long accused Pakistan's military and intelligence organizations of protecting specific militant groups in the region. However, Pakistan denies those allegations, stating that it has to maintain relationships with proxy forces that could defend them in the event of a conflict against India.

On Monday, Khan fired back against Trump on Twitter stating that the "record needs to be put straight" on Trump's tirade against the nation, adding that the US provides a "minuscule" $20 billion in aid to the country.

"Instead of making Pakistan a scapegoat for their failures, the US should do a serious assessment of why, despite 140,000 NATO troops plus 250,000 Afghan troops & reportedly $1 trillion spent on war in Afghanistan, the Taliban today are stronger than before," Khan added.

The spat did not end there, with Trump claiming that the US pays Pakistan billions of dollars but the country never revealed that Bin Laden was "living there."

​Khan shot back: "Trump's false assertions add insult to the injury. Pak has suffered in US WoT [War on Terror] in terms of lives lost & destabilized & economic costs. He needs to be informed about historical facts."

​"Pak has suffered enough fighting US's war," the Pakistani leader stated, adding, "Now we will do what is best for our people & our interests."