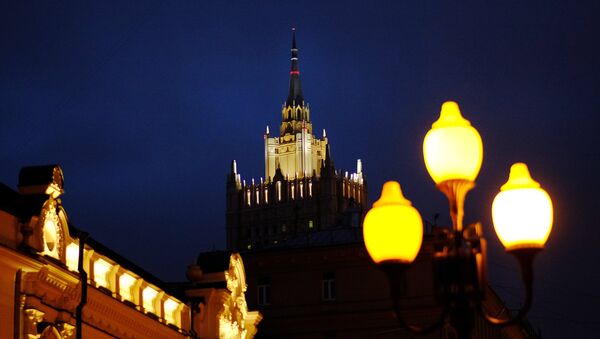 © Sputnik / Natalia Seliverstova
/
Go to the mediabank
Subscribe
International
India
Africa
GENEVA (Sputnik) - The United States is sending contradictory signals related to the prolongation of the New Strategic Arms Reduction Treaty (New START), as Washington has no clear position on many aspects of the document, Vladimir Yermakov, the head of the Russian Foreign Ministry's Department for Nonproliferation and Arms Control, told Sputnik.

"The signals are contradictory. The US administration has no position on many aspects of this treaty. Perhaps, for the first time in several decades, such a mighty missile-nuclear state, which is also a permanent UN Security Council member, has no position on extremely important international security and strategic stability issues," Yermakov said.

He specified that the Russian-US New START treaty was integral to strategic stability, with no analogues present yet.

The New START treaty entered into force in 2011. The agreement covers a 10-year period with the possibility of a five-year extension. The treaty is based on several previous joint non-proliferation arrangements and limits the number of deployed intercontinental ballistic missiles, submarine-launched ballistic missiles, nuclear-armed bombers, and nuclear warheads. The talks on extending the agreement have been delayed over mutual concerns about compliance.