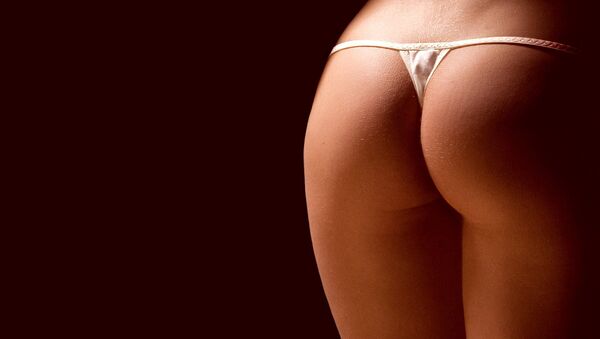 A Houston real estate agent's advertising motto could be “sex sells”; she has models in skimpy clothes pose for photos in the homes she's selling to boost her traffic. While some have praised her creative approach, others have reproached the woman for going too far and even complained about her stunt to the professional association.

Realtor Kristin Gyldenege from Texas has embellished her listing of a house on sale in Conroe, TX with photos of barely-dressed fitness models in different rooms to attract the attention of potential buyers.  She told  the local ABC affiliate that she needed to think out of the box, and start “really pushing the envelope,” as their traffic was poor.

Look at that huge laundry room! This could be you doing laundry in your new home at 590 mosswood dr.Conroe, Tx

Check out this fabulous home at 590 Mosswood dr. Conroe, Tx

"I wanted people to see the listing. I wanted traffic," the realtor said.

The creativity put her in the spotlight she so longed for; however, the reaction was not completely positive. Some of her colleagues, cited by the TV network, blamed the creative realtor and said "We really want to be a little more professional,” suggesting the edgy publicity could alienate some people. Following the backlash, the Houston Association of Realtors had to delete the sexualized images from their website.

However, Gyldenege remains proud of her wit, insisting that no publicity is bad.