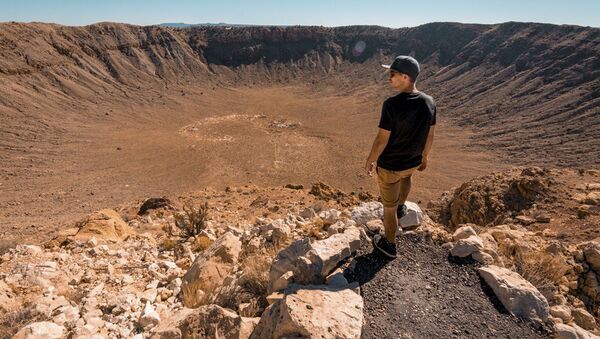 © Photo : Jimmy Conover
Subscribe
International
India
Africa
According to the Bible, the ancient cities, thought to have been located on the Dead Sea, were wiped away by God for the sinful behaviour of their people. The preliminary findings of US scientists suggest that this region witnessed a major calamity almost 4 thousand years ago, which left it uninhabited for centuries.

Archaeologists from Trinity Southwest University, a Christian higher educational institution in Albuquerque, New Mexico, have claimed civilisation in the Dead Sea region was destroyed 3,700 years ago following a meteor explosion in the atmosphere.

During the annual meeting of the American Schools of Oriental Research in Denver, Colorado, scholar Phillip Silvia reported the preliminary findings of their excavations in the area, which some scientists consider to be home to the Biblical cities of Sodom and Gomorrah. The results suggest that cities and settlements in the Jordan Valley’s Middle Ghor region, where up to 65,000 people lived around that time, were obliterated with a powerful wave of heat, wind and tiny particles, the outlet Science News reports.

Waives also pushed salty water from the Dead Sea, which devastated the soil. The explosion, the researchers argue, “not only [wiped] out 100% of the Middle Bronze Age cities and towns, but also [stripped] agricultural soil from once-fertile fields,” Newsweek reports.

According to the scientists, a low-altitude meteor explosion caused the catastrophe which wiped out the region, including the ancient city of Tall el-Hammam, where the researchers worked for years. Radiocarbon dating reportedly revealed that mud-brick walls suddenly disappeared in the Middle Ghor city, as only stone foundations remained.

A pottery surface found on the site was melted into glass, which may be a result of extreme temperatures. Following the alleged blast, people wouldn’t return to the region for 600-700 years.

Humanity has seen several space explosions before. Five years ago, a near-Earth asteroid exploded in the atmosphere near the Russian city of Chelyabinsk, making headlines around the world and even worming its way into a Hollywood movie. This resulted in over 1,000 people being injured (mostly by broken glass from windows blown out by the shockwave). A more powerful blast came in 1908, when an asteroid exploded over a scarcely populated Siberian region on the Tunguska River, wiping away 2,000 square kilometres.