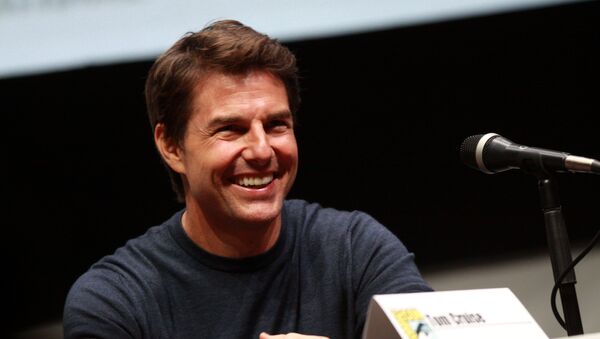 CC BY-SA 2.0 / Gage Skidmore /
Subscribe
International
India
Africa
The Church of Scientology, which some groups of people see as a way to the truth and others condemn because of its secret practices, has once again appeared in the media spotlight, this time with Tom Cruise as a leading star and Leah Remini as a script-writer.

Hollywood star Tom Cruise, known for being one of the most respected members of the Church of Scientology, was allegedly involved in punishing the organization's adepts, according to former scientologist Leah Remini.

In the first part of her Daily Beast interview, Remini claimed that Tom Cruise is "very aware of the abuses that go on in Scientology. He's been part of it."

As Leah said during the interview, she has been told by "a senior executive of Scientology" that "Cruise personally administered punishment on a high-ranking member of the church".

Commenting on Tom Cruise's position in the Church of Scientology, the former follower stated that Cruise "is considered a deity within Scientology" as he is "saving the world single-handedly".

"He is second to David Miscavige (a leader of the Church of Scientology)-the savior of the free world. Tom is even called ‘Mister Cruise' by staff members", Leah Remini revealed.

Even though Tom Cruise is considered to be a high-ranking member of the sect, its many prohibitions apply equally to Cruise.

"They'll go so far as, if he's going to walk a certain place, they'll make sure there are no magazines that are anti-Scientology, so he can't see that," Leah says.

The Church of Scientology has rejected all of Leah Remini's allegations as "false".

"The interview is a PR stunt to promote her fake reality TV show. As long as the entertainment media will print Leah Remini's lies, her anti-religious bigotry will have a voice. Her brand of hate has dire consequences", Karin Pouw, a spokesperson for the Church of Scientology said.

Leah Remini herself is a former Scientologist. She left the organization in 2013, and since then she has been spreading information about her experiences there. So far she has published a memoir detailing her experience as a member, "Troublemaker: Surviving Hollywood and Scientology", and produced "Leah Remini: Scientology and the Aftermath," a documentary series on A&E.