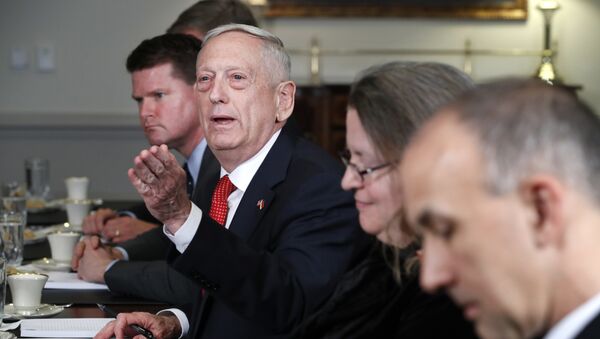 Mattis told reporters at the Pentagon that Foal Eagle will be "reorganized a bit to keep it at a level that will not be harmful to diplomacy," adding that it would be "reduced in scope."

Mattis did not offer additional details regarding how either country would be scaling back the drills, nor did he say if any decisions have been made about other potentially problematic exercises in the region.

The Foal Eagle drills, which involve a combined force of ground, air, naval and special operations troops, take place every spring, and they're not the only exercise to have been recently altered. According to Stars & Stripes, both the US and South Korea have canceled their last four large-scale drills so as to keep talks with the Democratic People's Republic of Korea ongoing.

With the suspension of both the Ulchi Freedom Guardian and the Vigilant Ace air force training exercise, US defense officials have raised concerns regarding the forces' readiness should cancellations continue.

"The suspension of military exercises… was a prudent risk if we're willing to make the effort to change the relationship with [Pyongyang]," Abrams, who heads Army Forces Command, said.

"I think there is certainly degradation to the readiness of the force. That's a key exercise to maintain continuity and to continue to practice our interoperability, and so there was a slight degradation."

However, while large-scale operations have been suspended, Mattis has indicated that the Defense Department is still conducting smaller exercises. The secretary previously stated in August that such exercises haven't been publicized in order to avoid North Korea viewing the drills as an uptick in US aggression.

Earlier this year, in light of thawing relations between North and South Korea, the 2018 Foal Eagle exercises were reduced down to four weeks after being initially postponed for the 2018 Winter Olympic Games in South Korea, Sputnik previously reported.