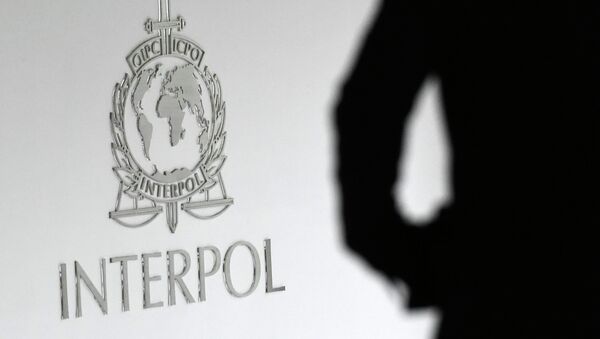 Sputnik: Do you think it was quite a surprise, the victory by the South Korean candidate over the Russian candidate?

E. Michael Jones: No, it's not a surprise, because the United States is interfering in international organisations around the world, from reneging on the Iran nuclear agreement to all sorts of things. The problem here is credibility. To give you just one example here, what about the Skripal case in England? It turns out that this was a crime, it was supposed to be a crime, it should have been investigated as a crime, but it was simply, it turned out to be nothing but a propaganda stunt. What happens now, when you politicize a police operation, it loses credibility. And this is precisely what should not be happening right now. If we had a Russian as the head of the organisation, any type of statements that Interpol would have made would have immediately had some type of credibility. Now you've got the exact opposite situation.

Sputnik: Despite the South Korean winning the election, most mass media have been focusing on the candidate from Russia.

Kremlin Blasts US Senators' Warning Against Electing Russian as Interpol Head
E. Michael Jones: There is a huge campaign going on to demonise Russia. The media are not going to let this go, because they have received orders from the top that this is what is going to happen now. These are people who came over here from the pale of the settlement; they have had this ancestral animus against the Tsar and what these purported pogroms that were supposed to have taken place. This is what is driving American foreign policy. We have already seen the type of disaster this caused in the early years of this century when the neo-conservatives got America involved in the War in Iraq. So, that is the problem. It's the same problem with the so-called Russiagate.

Sputnik: Actually, as you know, it was not just the media; it was actually the US and the UK pressuring the organisation and warning them not to choose the Russian candidate. Do you think that there was much impact from that pressure on the results of that election?

E. Michael Jones: Yes. I mean you can have short term results here. There is no question that people with political power can achieve short term results, but the big question is: what are the long-term results when you do something like this? I think if you want to look at the long-term results, look at people like [French President Emmanuel] Macron now saying that France needs its own army or Europe needs its own army. What is happening is the long term results of this type of pressure are the destruction of the very international institutions that the United States created after World War II.

READ MORE: What You Need to Know About Interpol President Kim Jong Yang

Sputnik: What impact is this going to have on Interpol's reputation this time around with these elections?

E. Michael Jones: It will lose credibility. It's supposed to be a police organisation and now every time they get involved in a case, there is going to be the suspicion that, "well, maybe it's political pressure, maybe we are not trying to find out who killed whom, maybe it's all just a function of political pressure."

E. Michael Jones is author of the book 'The Jewish Revolutionary Spirit: And Its Impact on World History'.