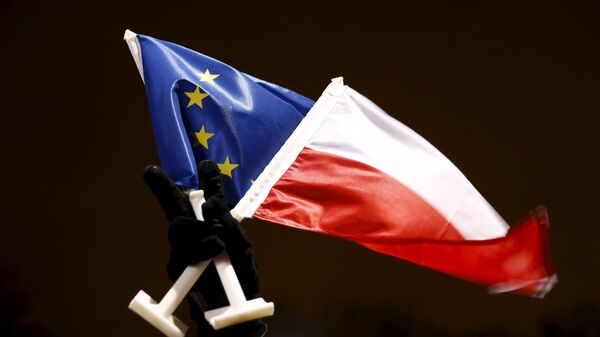 The bill to revoke the lowering of the retirement age was introduced by the ruling Law and Justice (PiS) party. The bill was considered by the Sejm in three readings and passed earlier on Wednesday.

At the same time, the newly appointed judges of the Supreme Court will still retire at the age of 65.

PiS lawmaker Lukasz Schreiber said that it was the position of the EU Court of Justice (ECJ) that made the Polish parliament amend the law.

In turn, opposition lawmakers criticized the bill, stressing that the interim order of the ECJ had already let the judges aged over 65 to return to work. The also slammed the move, saying that they did not have enough time to fully study the draft law.

EU Treats Hungary, Poland as 'Populist' Countries - Ex-Polish Lawmaker
Earlier, the law, one of a batch of motions aiming to overhaul the country’s judiciary, lowered the retirement age for Supreme Court judges to 65 from 70, allowing only those who received the president's approval to keep their jobs.