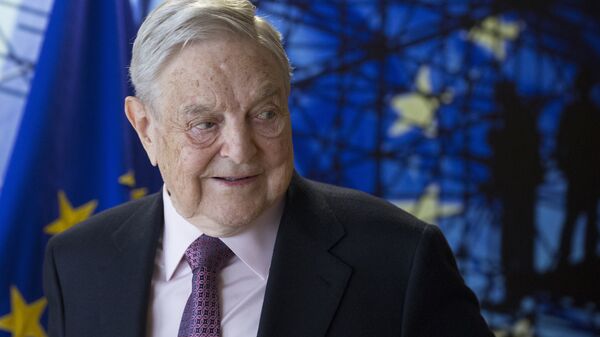 He notably started with accusations against the campaigner himself, implicating him in financing the notorious Gezi Park protests in Istanbul in 2013, which were one of the biggest challenges during Erdogan’s term.

"There is a person who financed the terrorists in the Gezi events. Now he is behind bars," said Erdogan, referring to Kavala, but without calling him by his name.

Controversy over the issue has increased to a great extent in the last week after 14 Turkish academics and activists were detained on Friday over links to the jailed activist.

"And who is behind him? The famous Hungarian Jew Soros,” Erdogan continued, before adding in a most straight-forward way that the latter “sends people across the world to divide and tear up nations and uses the large amount of money he possesses to this effect.”

Erdogan portrayed Kavala as Soros’ “representative in Turkey” and lambasted the activist, who has been awaiting trial for a year now, for “using his means to support those trying to tear up this country.”

Erdogan’s words echoed the rhetoric of Viktor Orban, the prime minister of Hungary, which is Soros’ native country. Budapest has on multiple occasions expressed strong opposition to the activities of the billionaire and Soros-sponsored NGOs, accusing him of interfering in the East European country’s domestic affairs, forcing globalization and welcoming illegal migration of “aliens,” who, according to Orban, disrupt the nation’s integrity.

In June, the right-wing Hungarian authorities adopted a system of regulation known as the "Stop Soros" Package, which sees that assistance to illegal migrants carries a prison sentence.