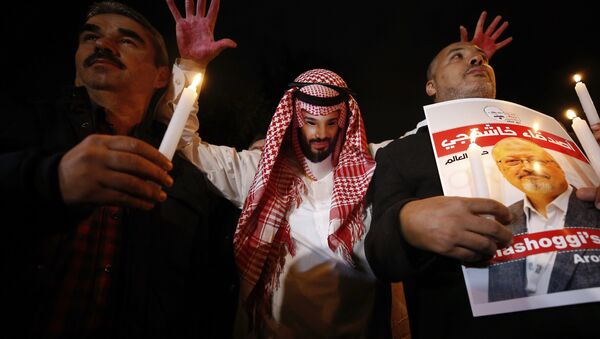 John Brennan, an ex-director of the CIA, called for the US Congress to declassify the CIA's intelligence on Khashoggi's murder as President Trump defied the agency's report, continuing to conduct business as usual with the Saudi crown prince.

On his Twitter account, Brennan condemned Trump for ignoring the CIA's report, saying that the president "excels in dishonesty" and proclaimed that "No one in Saudi Arabia-most especially the Crown Prince-should escape accountability for such a heinous act."

Since Mr. Trump excels in dishonesty, it is now up to members of Congress to obtain & declassify the CIA findings on Jamal Khashoggi’s death. No one in Saudi Arabia—most especially the Crown Prince—should escape accountability for such a heinous act. https://t.co/exQrZKybhk

Earlier, the CIA has reportedly concluded that it was Crown Prince Mohammed bin Salman who ordered the killing of Saudi journalist Jamal Khashoggi.

Trump reacted by saying that he didn't know for sure whether MBS was the mastermind behind Khashoggi's murder.

"It could very well be that the Crown Prince had knowledge of this tragic event — maybe he did and maybe he didn't! We may never know all of the facts surrounding the murder of Mr Jamal Khashoggi," the president wrote.

A group of top US senators later wrote a letter to Trump in which they demanded opening a Global Magnitsky investigation into Crown Prince Mohammad bin Salman's connection with the murder of Khashoggi. According to the Magnitsky Act, the US president needs to determine within a 120-day period whether human rights violations had been committed by a world leader.

"We in the kingdom know that such allegations about the crown prince have no basis in truth and we categorically reject them, whether through leaks or not," said al-Jubeir, according to CNBC, adding that the leaks "have not been officially announced… based on an assessment, not conclusive evidence."

'Nobody in Royal Family Right Now Is in Position to Challenge MbS' – Scholar
Saudi journalist Jamal Khashoggi was killed on 2 October 2018 while visiting the Saudi Consulate in Ankara, Turkey. Saudi Arabia at first denied that the journalist had disappeared in the consulate; however, the country later confirmed that he was killed by a group of people waiting for him inside the diplomatic facility.

An internal investigation concluded that a 15 man "hit-team" and 6 others were involved in the killing. On 15 November, the Saudi prosecutor said that the kingdom would pursue the death penalty for 5 of the suspects charged with Khashoggi's murder.