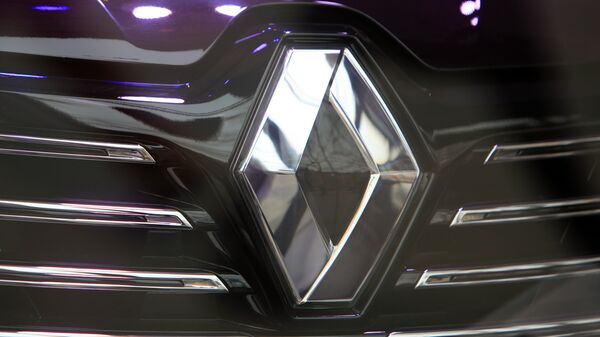 PARIS (Sputnik) - French Economy Minister Bruno Le Maire stated that he had not yet received any information from Tokyo regarding the arrest of Renault-Nissan-Mitsubishi Alliance Chairman Carlos Ghosn over alleged financial misconduct, adding that he would call his Japanese counterpart later in the day to request the relevant documents.

"I will call the Japanese economy minister this morning to request that all information that has been provided by Nissan to Japanese justice be sent to us. So that we understand exactly what Mr Ghosn is accused of," Le Maire said, as broadcast by France Info radio station.

The minister noted that France had not received any information regarding the case so far.

"It is necessary to set up an interim leadership [at Renault] as soon as possible," the minister said, adding that he intended to meet some of the members of Renault's board of directors later on the same day.

The statement has been made after Japanese media reported that Ghosn may have also embezzled money allocated to Nissan's board of directors.

Renault's spokeswoman Astrid de Latude told Sputnik that the company would hold a board meeting late on 20 November.

"A board meeting for Groupe Renault will be held in the evening, I have no more information at this stage but there should be a communication at the end of the board," the spokeswoman said.

Nissan Chairman Carlos Ghosn Questioned, Faces Arrest for Under-Reporting Salary
Ghosn, who has been acting as chairman of all three automobile giants, was arrested in Japan on Monday. The chairman and the representative director of Nissan's board, Greg Kelly, are suspected of underreporting Ghosn's income, while Nissan said that Ghosn also used the company's assets for personal purposes. The chairman may also have failed to report around 5 billion yen (about $44 million) between 2010 and 2015.