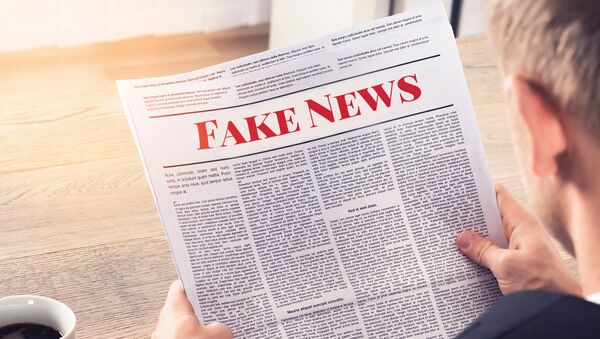 PARIS (Sputnik) - The French lower house adopted on Tuesday in the final reading bills envisaging measures to fight against the manipulation of information and fake news, in particular during election campaigns, the French National Assembly said on its Twitter blog.

Facebook CEO Zuckerberg Rejects Requests to Attend Int'l Fake News 'Consortium'
The drafting of the legislation that would aim to fight against fake news was announced by French President Emmanuel Macron in early January.

The draft laws aim to regulate the information flow ahead of elections. During the three months ahead of an election, a candidate for an office or a party would be able to ask a judge to block the spread of fake information during three months ahead of the election. The laws also urge social networks and online platforms, such as YouTube and Facebook, to be more transparent regarding paid ad campaigns.

One of the bills' most controversial provisions will authorize the French media watchdog Conseil superieur de l'audiovisuel (CSA) to suspend the broadcasting of the media channels "controlled or influenced by a foreign state" in case they are disseminating false information.