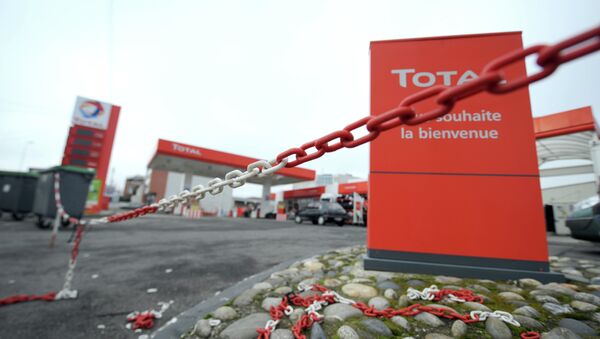 Large-scale protests against fuel price hikes have been held across the country since the 17th of November with more than 400 people injured, according to the French Interior Ministry.

Protesters in France have blocked access to two Total fuel depots, a company spokesman said in a statement.

One fuel depot is located in Vern, near the northwest city of Rennes, and the other in Fos-sur-Mer in the south, both are operated by Total, according to the spokesman.

The third depot blocked by demonstrators is in La Rochelle and is only partly-owned by Total, the spokesman noted.

The protests have been triggered by a fuel price hike in France. While the price of diesel has risen by around 23 per cent and the price of petrol by 15 per cent in 2018, a further rise is set to happen on January 1.