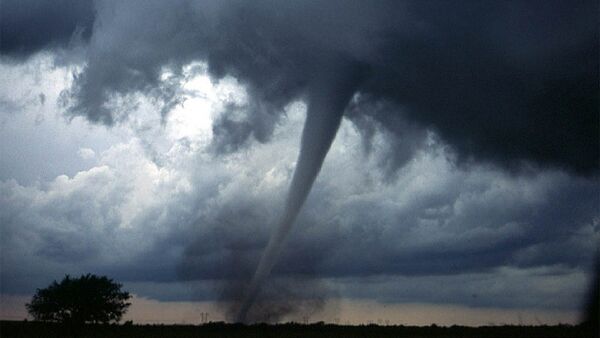 The meteorological service issued earlier a severe thunderstorm warning, stating that large hail, damaging wind gusts and tornadoes were possible in the region.

A bizarre twister was spotted in the countryside near South Canterbury, New Zealand.

The massive twister was captured on film by Richard and Alesha Plew on Sunday. According to them, the tornado came within 10 metres of their car, however, the couple managed to evade the debris from the storm that was whirling around them.

According to the Australian news.com portal, the storm in the locality was followed by intense hail.