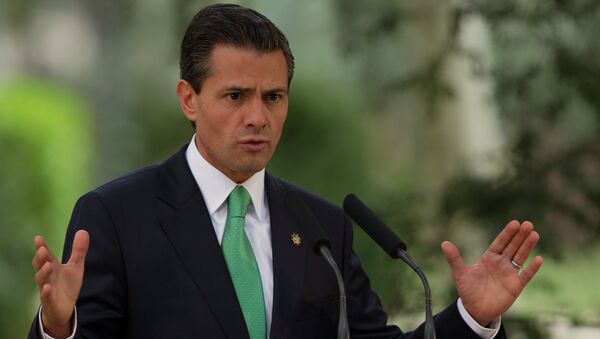 A key witness at the trial of El Chapo is expected to give evidence in New York that the cartel gave the outgoing Mexican President a $6m bribe. The claim - revealed in court documents - emerged as one of the gangster's biggest rivals died of a heart attack in jail.

On Monday, November 19, Jesus "El Rey" (The King) Zambada Garcia will give evidence about a bribe he claims the Sinaloa Cartel paid to President Enrique Peña Nieto, who is due to leave office on December 1.

Joaquin Guzman, who is known worldwide as El Chapo (Shorty), was extradited to the US from Mexico in September 2016 and is on trial in a courtroom in Brooklyn. He is accused of a specimen charge of smuggling 155 tons of cocaine into the US and faces life in prison if convicted.

Here is the El Chapo court transcript excerpt indicating that that Rey Zambada will testify next week about bribing the president of Mexico. pic.twitter.com/kLrNqH9VjZ

​One of the US Drug Enforcement Administration's aces up its sleeve is Zambada, who is testifying for the prosecution.

Last week Zambada began his testimony by detailing how the Sinaloa cartel paid bribes, in US dollars to high-ranking officials in the police, the army and the judiciary to protect its operations. 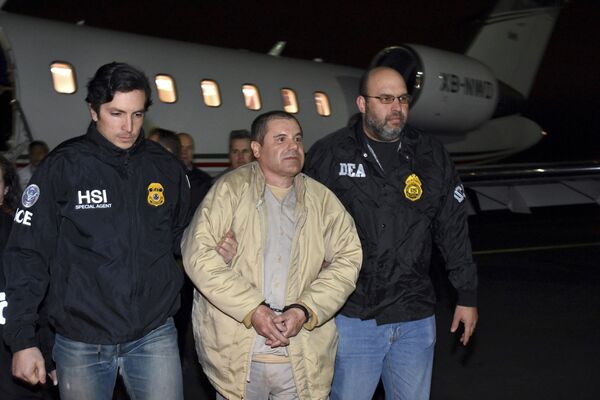 Zambada, hiding behind sunglasses, said El Chapo once told him to give $100,000 and a hug to a Mexican Army general in the state of Guerrero.

But this week, according to court transcripts made public on Friday, November 16, Zambada is set to go further and claim the corruption in the Mexican state went all the way to the top — to President Peña Nieto himself.

Zambada is set to testify that his brother Ismael, known as "El Mayo", paid $6m to Peña Nieto.

Peña Nieto was elected in 2012 and his PRI party promised a new strategy against the drug cartels, whose wars had caused huge bloodshed across the country under his predecessor Felipe Calderon.

In February 2014 Peña Nieto praised Mexican Navy commandos who stormed El Chapo's hideout in Mazatlan and recaptured him. But a year later he escaped and, while on the run, gave an interview to actor Sean Penn, for Rolling Stone magazine.

Who's The Boss? El Chapo or El Mayo?

El Chapo's lawyers say the payments to Mexico's President supports their case that El Mayo, 70, was the leader of the Sinaloa Cartel and not El Chapo.

"Mayo Zambada kept paying the Mexican government, president after president, two in a row, and somehow he remains free. And who is the one that's constantly being hunted down? It's Guzman… (officials) were paid off to leave Zambada alone," El Chapo's attorney, Jeffrey Lichtman, said during a legal conference with the judge last week.

On Wednesday, November 14, Zambada pointed at El Chapo, 61, and told the jury he was "one of the most powerful drug traffickers in Mexico."

El Chapo's lawyers say he is being framed by witnesses like El Rey who have little credibility.

Former Friend and Then Enemy Dies

On Sunday, November 18, Hector Beltran Leyva, a former friend and foe of El Chapo, died of a heart attack in custody in Toluca, Mexico where he had been incarcerated since 2014.

The five Beltran Leyva brothers ran a drugs smuggling organisation which became a close ally of the Sinaloa Cartel.

But they fell out in January 2008 when Alfredo Beltran Leyva was arrested by the Mexican government.

[Tweet: "The death of Hector Beltrán Leyva of a heart attack yesterday in the federal penitentiary of Almoloya represents a strange coincidence"]

The Beltran Leyvas believed El Chapo had tipped off the authorities and in revenge a squad of 15 gunmen armed with assault rifles and grenade launchers gunned down his son, Edgar Guzman Lopez, 22, at a shopping centre.

Earlier this month it was claimed two of El Chapo's other sons, Ivan Archivaldo Guzman Salazar and Jesus Alfredo Guzman Salazar, are now running the cartel in his absence.

President Peña Nieto has not commented on the bribe allegations.

He is due to leave Los Pinos, the Mexican presidential residence, later this month to make way for his successor, left-wing firebrand Andres Manuel Lopez Obrador, known as AMLO, who has promoted a "hugs, not gunshots" policy and says he is planning to address "the root causes of crime and violence" rather than simply going to war with the drug cartels.