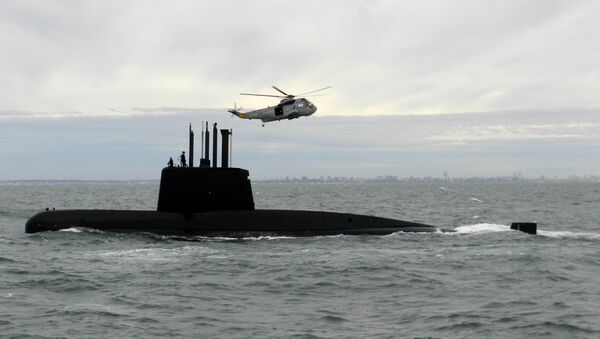 Ocean Infinity has said the submarine had been discovered in a ravine under 920 metres (3,018 feet) of water, about 600 kilometres (373 miles) east of the port city of Comodoro Rivadavia in the Atlantic Ocean.

The Argentine Navy has published photos of the crushed wreckage of the submarine, which was located by the US search firm Ocean Infinity on 17 November, two days after the first anniversary of its disappearance on 15 November 2017.

The families of the deceased sailors are reportedly asking the authorities to extract the vessel.

Other smaller pieces of the submarine were also identified as corresponding to the bow and stern, according to the Navy.

The photos show the destroyed part of the body and the driving rotor.

On 17 November, Argentine naval base Commander in Mar del Plata Gabriel Attis told relatives of over 40 crew members of the submarine that the ARA San Juan had been recently found deformed and with signs of an explosion.