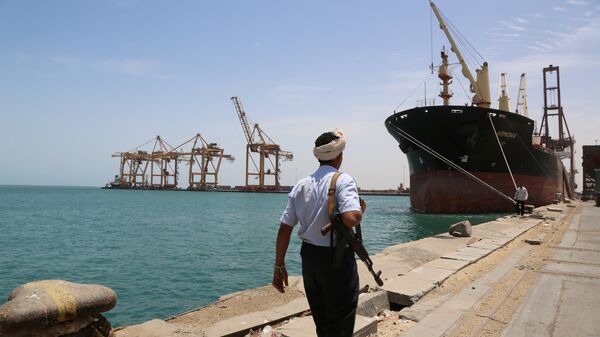 UN Special Envoy for Yemen also said that the parties to the ongoing conflict in Yemen have nearly reached an agreement on the exchange of prisoners.

"I would like to take the opportunity to announce to the members of this Council that we are about to conclude, and I had hoped to announce such a conclusion of an agreement between the parties on the exchange of prisoners and detainees and I have a feeling that it will be in the first it may still yet to be the first be signed agreement between the parties in this conflict, and we've made great progress," Griffiths said.

Griffiths explained he had hoped to announce the formalization of the agreement today, but said the agreement will surely be formalized in the coming days.

"It's an important humanitarian gesture and a timely message of hope to the Yemeni people," Griffiths said.

Martin Griffiths also told the UN Security Council that all sides to the ongoing conflict are committed to attending the next round of negotiations planned to take place in Sweden.

"I received firm assurances from the leadership of the Yemeni parties, the government of Yemen of course first, and then, Ansar Allah [Houthi movement] that they are committed to attending these consultations," Griffiths said.

The civil war between the Yemeni government and the Houthi rebels broke out in 2015. The Houthis went on to seize vast territories in the northwest of the country, occupying the Yemeni capital of Sanaa. The Yemeni government was forced to move to the city of Aden, in the south of the country, making it Yemen's de facto capital. However, the Yemeni president was later forced to flee the country to Saudi Arabia when the rebels were approaching Aden. The Saudi-led coalition interfered in the conflict to prevent the Houthi's advancement in the south and has been carrying out airstrikes ever since.

In September, the United Nations attempted to hold peace talks between the warring parties in Geneva, however, the negotiations never took place, with the Houthi side claiming that the Saudi-led coalition had prevented them from leaving the country. The coalition said the Houthi delegation were free to leave Yemen, but failed to use the opportunity.