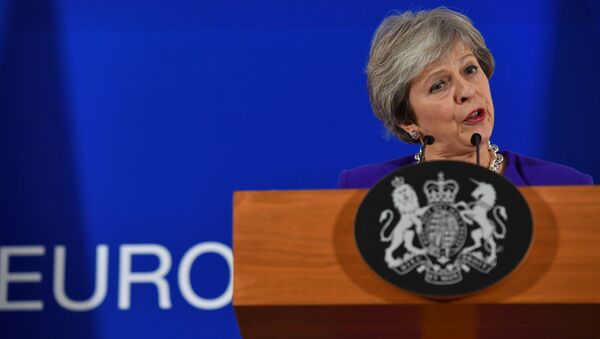 As a Brexit deal is in the offing, UK Prime Minister Theresa May said that everything in the agreement is about making sure it is there by January 1, 2021, when the 21-month Brexit transition period ends.

UK Prime Minister Theresa May confirmed on Friday that Britain would leave the European Union in line with the schedule.

Speaking on LBC Radio on Friday, she said that the divorce deal with the European Union would be finalised on November 25 and then would be submitted to parliament for approval.

May also refused to rule out give her senior ministers a so-called free vote on the draft Brexit deal. "We will be looking at the deal when it comes back. There is cabinet collective responsibility in this country. Government policy is government policy."

Theresa May said that the Brexit deal her government agreed to this week "maintains the integrity" of the UK, stressing that in the future relationship, the UK Parliament will have the power to decide who comes into the country.

She did not rule out a no-deal scenario, which she said would prod London and Brussels to "work at ensuring police cooperation across borders."

Addressing concerns that Brexit would lead to a shortage of EU-made medicine, she said that the UK Department of Health and Social Care is "working carefully" with companies that supply medicine.

READ MORE: UKIP's David Coburn on Brexit: It's the Worst Deal That the World Has Ever Known

According to the Prime Minister, Britain is not the only side that has "given anything" in Brexit talks. In her words, Brussels has "given in" on the issues of the Irish border and the European Court of Justice, as well as in other areas.

The UK initiated the process of withdrawing from the European Union after a referendum in June 2016. The formal separation is slated to happen in March 2019, but the sides have agreed on a 21-month transition period that will help the UK smooth the path to a future relationship with the bloc.

After months of intense talks, Theresa May announced this week that the UK Cabinet had approved a provisional Brexit agreement with the EU. The controversial deal has been severely criticised both within the Conservative Party and beyond, prompting a series of resignations among cabinet ministers.

The European Council will hold a meeting to finalise a Brexit agreement on November 25 as long as nothing unforeseen happens, the council's president, Donald Tusk, said Thursday after a meeting with the chief EU negotiator for Brexit, Michel Barnier.