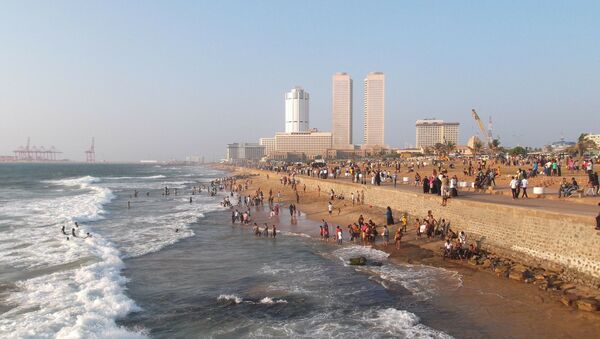 According to the Xinhuanet news agency, the parliament's speaker, Karu Jayasuriya, announced the no-confidence vote in the chamber while surrounded by police officers for safety reasons.

Local media also reported about a new wave of disorder in the parliament on Friday, with the members of the ruling United National Party (UNP) occupying the speaker's seat. The Ada Derana news portal reported that the speaker had announced that the parliament would be adjourned until November 19.

Sri Lanka: A Pro-Chinese Constitutional Coup?
In late October, Sri Lanka's president, Maithripala Sirisena, sacked then-Prime Minister Ranil Wickremesinghe and appointed Rajapaksa, who previously served as the country's president between 2005 and 2015, as his replacement. Wickremesinghe, in turn, refused to step down from the post, arguing that the president's move was unconstitutional.

Sirisena later suspended the work of the country's parliament until Friday, which triggered protests across the country. The president also tried to dissolve the parliament and call an early election for January 5, however, the move was suspended by the country's Supreme Court on Tuesday.