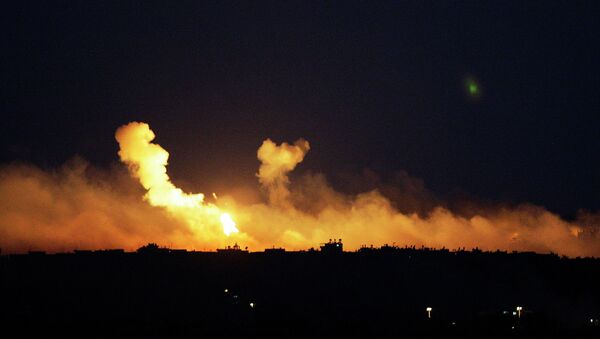 "The number of injured has reached 40 people, three of them are in serious condition," the spokesman Ashraf Qedra said.

READ MORE: 'Everyone in Cabinet Wanted to Strike Hamas, Except PM Netanyahu' — Scholar

The health authority's statement comes after hundreds of Palestinian protesters have been killed and thousands have been hurt in seven months of demonstrations for access to their ancestral lands.

The United Nations and Egypt started a mediiation process between the sides to ensure a ceasefire after Gaza militants fired 460 rockets into southern Israel, which retaliated by launching airstrikes on 160 targets in Gaza. The announced ceasfire prompted the Israeli defence minister to ste down in protest.