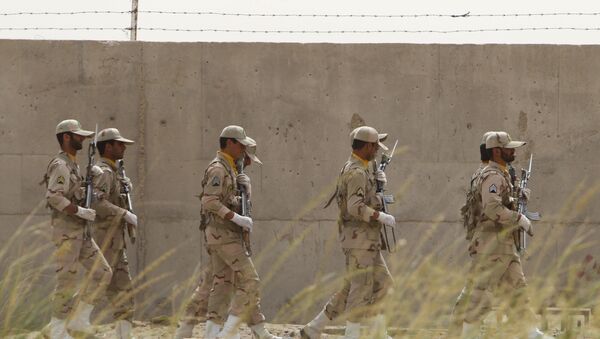 Gen. Ramezan Sharif of the Islamic Revolution Guards Corps said militants had agreed to release the prisoners and would start with freeing five of them, according to the Tasnim news agency, however, it did not name the group Tehran was negotiating with.

The statement came hours after the Iranian military said it was in Islamabad-aided talks with Pakistani terrorists who have been holding border guards captive since mid-October. Their reported number varies from 12 to 14.

"With concerted efforts of the Pakistani LEAs [Law Enforcement Agencies] and armed forces, 5 abducted Iranian guards have been safely recovered," the spokesman tweeted.

Islamist Militants Claim Responsibility for Kidnapping Iranian Border Troops
Faisal said they were being handed over to Iranian authorities in good health. Efforts are underway to free the other officers "under vigilance of the military leadership," he added.

In mid-October, fourteen Iranians were kidnapped while patrolling the eastern border with Pakistan. A Sunni jihadist group later claimed to have captured 10 officers in retaliation for what it called Iran's oppression of the Muslim sect in the Sistan and Baluchestan region.

Iranian border guards frequently come under attack from across the border with Pakistan and Afghanistan, while ethnic and sectarian infighting has been a common occurrence in Sistan and Baluchestan, populated by several minority groups.