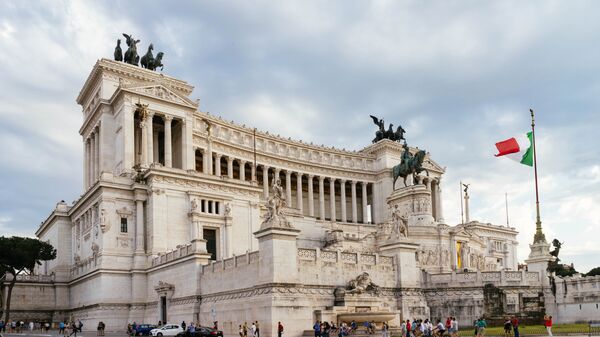 CC BY 2.0 / Marco Verch /
Subscribe
International
India
Africa
MOSCOW (Sputnik) - French Economy and Finance Minister Bruno Le Maire told the France 2 broadcaster on Thursday that the eurozone was not ready for a new crisis, calling on Italy to bring its draft budget for next year on par with EU requirements.

"The eurozone today is not able to cope with a new large-scale crisis. I hope that the Italian government will show responsibility," the minister Le Maire said in an interview.

The minister noted that the dialogue between Italy and the European Commission would help avoid a more difficult situation.

"These are our rules for everyone. They protect us, strengthen the euro, strengthen our euro area. These rules are the same for everyone, and since we all follow the rules, we are all getting stronger in the face of China and the United States, it strengthens our common currency," he added.

The economy minister's statements come as Rome and Brussels are currently at odds over the former's draft budget for 2019, which was rejected by the European Commission on October 23 over its failure to ensure state debt-cutting measures. Late on Tuesday, the Italian government submitted a new draft without changing the main parameters of the budget.

EU-Italy Budget Standoff to Weigh on Eurozone Economic Growth
On October 15, the Italian government approved the draft state budget for 2019, as well as the three-year budget for 2019-2021. The main provisions of the draft state budget were the abolition of the planned value-added tax (VAT) hike, the introduction of unconditional basic income and basic pensions, changes in the legislation that would ensure earlier retirement, as well as payment of compensation to deceived depositors of banks.

The budgetary plan submitted by Italy was drafted with a deficit of 2.4 per cent of the national GDP, which is below the EU-mandated 3 per cent threshold. Another criterion stipulates that EU members should keep its debt-to-GDP level below 60 per cent and make efforts to cut debt, if it is above the limit. Italy's debt-to-GDP ratio has stagnated around 132 per cent over the past four years, the second highest rate in Europe after Greece. By June, the country's debt grew to an all-time high — over 2.3 trillion euros ($2.64 trillion).

After Brussels rejected Italy's draft budget, European Commissioner for Economic and Financial Affairs Pierre Moscovici noted that the draft was not in line with the debt-cutting obligations that had been set by the previous Italian cabinet in July 2017.