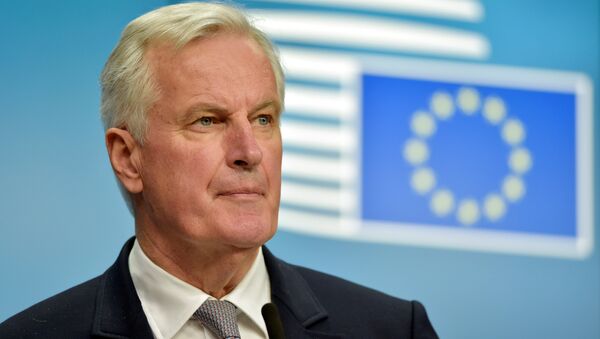 On Wednesday, negotiators announced they reached a draft Brexit withdrawal deal, marking a significant step forward in talks, though countless politicians have slammed the agreement and called on parliament to vote it down.

The section of the draft agreement outlining the UK’s future relationship with the European Union is “not finished” and could be amended by EU member states, European Chief Negotiator Michel Barnier has warned.

Addressing reporters in Brussels on Thursday, Barnier said the deal is yet to be “finalised”, seemingly adding weight to rumours that some member states aren’t entirely happy with the agreement.

“Our work is not finished. We still have a have a long road ahead of us on both sides,” he said.

Elaborating, Brussels’ top negotiator said they will review the “political declaration for the future relationship with the member states” over the coming days, adding that they are aiming to finalize the agreement, so it can be passed on to the European Council to be endorsed.

Furthermore, he said a summit will be held on November 25 for everyone to sign off on the deal, assuming “nothing extraordinary happens” in the interim.

UK Prime Minister Theresa May addressed parliament today in a bid to reassure lawmakers, but MPs remain unconvinced, insisting the deal doesn’t deliver what the electorate voted for in 2016 and could keep Britain locked in the customs union long after Brexit.

Numerous ministers, including Brexit Secretary Dominic Raab, have resigned in protest of the deal, following the likes of Boris Johnson and David Davis, who stood down after the Chequers summit.