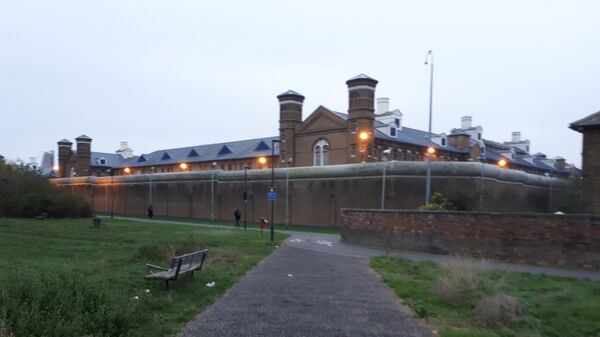 A judge has ordered a jury to find Ahmed Khayre not guilty of murdering an inmate in Wormwood Scrubs prison. One of his co-defendants has been giving evidence about conditions inside the notorious jail in west London.

Kalifa Dibbassey, 21, has stabbing to death Khader Saleh, 31, on January 31 this year but has pleaded not guilty to murder and claims he was acting in self-defence.

On Tuesday, November 13, a judge at the Old Bailey, Mr. Justice Stuart-Smith, decided there was insufficient evidence against Dibbassey's cellmate, Ahmed Khayre, 22, and ordered a verdict of not guilty to be recorded.

As Khayre walked free Dibbassey entered the witness box and gave evidence about what life was like on C Wing in Wormwood Scrubs.

Dibbassey, who was born in France but came to London at the age of 13 to live with his Gambian-born father, said even before he was transferred to C Wing he was aware of its reputation.

He arrived in the prison in June 2017, where he was held on remand accused of robbing a woman of £655 in cash while threatening her with a lock-knife, and was initially in E Wing, which he described as "calm".

Judge has ordered a Not Guilty verdict against Ahmed Khayre who was accused of murder of Khader Saleh who was stabbed to death in HMP Wormwood Scrubs. Trial continues against Enton Marku and Kalifa Dibassey. Dibassey — who admits stabbing Saleh — is now giving evidence…

"A lot of the time there were alarm bell situations. The prison officers were running to C Wing. There were lots of conflicts there. It had a reputation, that it was a tough wing," Mr. Dibbassey said.

His barrister, James Scobie QC, asked him what sort of people were on C Wing.

"There were gangs on the wing. It had a gang culture," Dibbassey replied.

Dibbassey denied he himself was in a gang but said two of the most prominent gangs in the prison were the Stonebridge Thugs and the rival Church Road Soldiers, both from north-west London.

Victim was From 'Somali' Gang

Dibbassey said Khader Saleh was part of a gang of "Somali boys" who often caused trouble on C Wing.

He told the court how on July 31, 2017 — only days after he arrived on C Wing — he waded in to protect his older brother, Jaliba, who was fighting Saleh.

Dibbassey was put "on report" for fighting and was ordered to see a governor, but the case was adjourned when he demanded to see a lawyer. 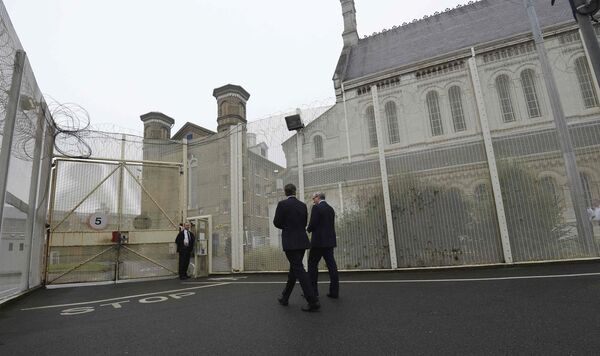 On August 16, 2017 Dibbassey was again "put on report" after fighting another man from the Somali gang.

That case too was adjourned and never followed up.

"So twice within two weeks you were put on report. Was there any talk about putting you on another wing?" Mr. Scobie asked him.

Fatal Weapon Made From Chair Leg

On January 31, 2018 Saleh was stabbed through the heart with an improved knife, known as a "shank", made from a chair leg.

The trial has already heard Saleh had been involved in a fight with Dibbassey's best friend, Simran Bopari, the previous day.

"He had no chance to defend himself, or to strike out at his attackers. The damage it caused was catastrophic and without immediate surgical intervention, there was no hope of survival. Khader Saleh lay bleeding to death on the floor of the toilet," prosecutor Oliver Glasgow QC said in his opening statement at the trial on October 24.

Dibbassey told the jury a lot of attacks happened in the showers and in the cells, away from the CCTV cameras which covered the landings and communal spaces.

Mr. Scobie asked him why people were being attacked.

"A lot of things. Someone giving you a small portion of food (in the canteen). Looking at someone wrong. If someone calls you a paedophile, that can get you cut," Dibbassey replied.

Dibbassey was then asked about two shanks which were found in his cell after Saleh was killed.

He admitted they were his and said they had been made from chair legs.

Mr. Scobie showed him a picture of the chair in his cell, with its legs missing.

"How long had the chair been broken up to make weapons?" asked Mr. Scobie.

"About a month," he replied.

"Why did you need a weapon?" Mr. Scobie asked him.

Carried a Weapon For Self-Defence

Mr. Scobie then showed him a photograph of himself holding one of the shanks in the cell and Dibbassey admitted it had been taken on a smartphone which had been smuggled into the jail.

Mr. Scobie asked him why he took the selfie.

Mr. Scobie asked him if phones were common in the prison.

"Yes," he replied, and he added that he had bought his from another inmate.

"Sometimes officers bring it in. People throw it over the walls, or drones. Drones fly over and drop a package at your window," Dibbassey said.

The jury was also told Saleh had been in the prison awaiting sentencing after pleading guilty to possessing heroin and crack cocaine with intent to supply.