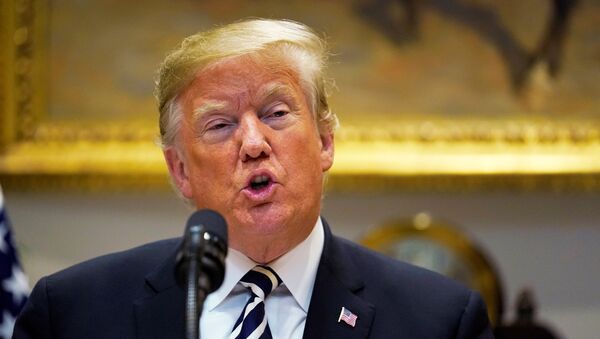 "President Donald J. Trump Announces Intent to Nominate Individual to Key Administration Post… John P. Abizaid of Nevada, to be Ambassador Extraordinary and Plenipotentiary of the United States of America to the Kingdom of Saudi Arabia," the release said on Tuesday.

Abizaid, the release added, began his career in the US Army as a platoon leader and rose to become the longest-serving commander of CENTCOM.

Lawmakers have pressed Trump to fill the long-vacant position amid mounting tensions with Saudi Arabia over the murder of journalist Jamal Khashoggi and the war in Yemen.

Yemen has been in a state of conflict, with the government headed by President Abd Rabbuh Mansur Hadi. The Saudi-led coalition supports the Yemeni government in the conflict, carrying out airstrikes targeting the other warring party, the Houthi rebel movement. The conflict has resulted in a huge civilian death toll, leading to an acute humanitarian disaster and outbreaks of cholera across the country.

The killing of Jamal Khashoggi, The Washington Post columnist, triggered an escalation of criticism against Saudi authorities. The journalist went missing after visiting the Saudi Consulate in early October, while Riyadh eventually acknowledged that he had been killed inside the building.