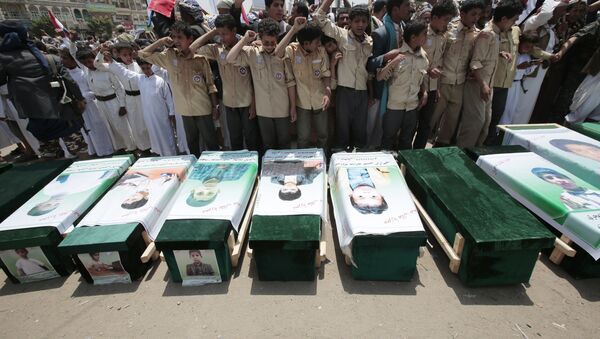 Trump Nominates Ex-CENTCOM Chief to Be US Ambassador to Saudi Arabia
Commenting on the $110 billion in weapons contracts between Washington and Riyadh prior to the Khashoggi scandal, the senator said that this was something outside the Senate's jurisdiction. "It would be very hard, if a weapons sale came up, to keep it from being undone, at least in the Senate," Corker said.

Alleged Khashoggi 'Hit Squad' Carried Syringes, Scissors in Luggage - Reports
In the wake of Jamal Khashoggi's October 2 disappearance, and later suspicions that he was killed by a Saudi hit squad, President Trump repeatedly implied that he would not be willing to jeopardize US arms deal with the Kingdom, even as several of Washington's NATO allies implied that they would be doing so.