UKIP Founder on Theresa May: 'I Think She Will Cling on to the Bitter End' 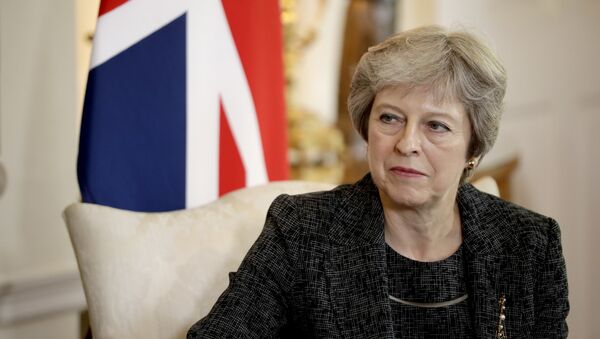 British Prime Minister Theresa May is facing a cabinet meeting today, with the future of the Chequers Plan at stake. Sputnik spoke about it to Alan Sked, founder of UKIP.

Sputnik: Will the Prime Minister's Brexit deal be rejected?

Alan Sked: I would have thought that it would be rejected, but you never know. There were voices last night saying that Geoffrey Cox the attorney general had given it his blessing and therefore resignations wouldn't take place. For what one hears; it would look as if there'd be plenty of reasons to object to it and veto it.

Again; one hasn't seen the details so one's speculating a little bit, but from the leaks that seem to have come out it would appear that the Brexiteers, plus the DUP, plus others would not be in favour of it so I think it would not, therefore, get through parliament.

Sputnik: How long can Theresa May hold on to power for?

Alan Sked: I think she will cling on to the bitter end, but I would've hoped that enough Tory MPs could force a leadership contest. If she can get it through parliament then the decent thing would be to resign, but she has a huge amount of self-confidence for reasons I'm not quite sure of, as she gets so many things wrong, but I hope she would resign.