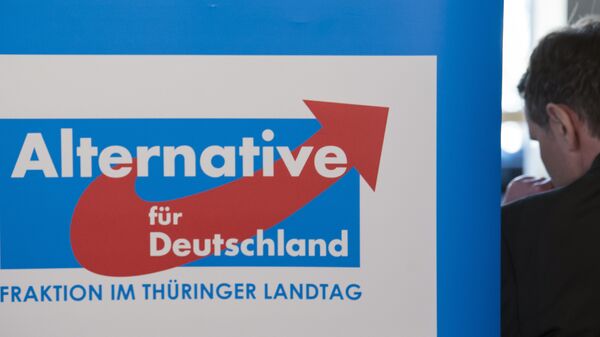 MOSCOW (Sputnik) - The prosecutor's office of Germany's southern city of Konstanz said on Wednesday it was investigating the possibility of irregularities in the campaign financing for Alternative for Germany (AfD) during the 2017 legislative elections.

Earlier this week, German media reported that Alice Weidel, the co-chair of the AfD parliamentary group in the Bundestag, received about 130,000 euros ($146,500) from a pharmaceutical company registered in Switzerland. According to media reports, the funds were transferred to one of AfD's offices in small amounts and intended for financing Weidel's election campaign.

AfD Jews: ‘We Won’t Let Ourselves Be Instrumentalized’

Weidel herself has refuted the allegations, the Spiegel indicated, adding that six months after the last transaction was carried out, the full donation sum was sent back to the company's bank account.

Under German law, political parties cannot be financed by individuals or companies from non-EU nations.

Following the legislative elections in September 2017, the right-wing AfD for the first time won seats in the country's parliament and formed its third largest parliamentary group. According to latest polls, the AfD is currently Germany's third most popular party after German Chancellor Angela Merkel's Christian Democratic Union and Christian Social Union (CDU/CSU) alliance and the Greens.