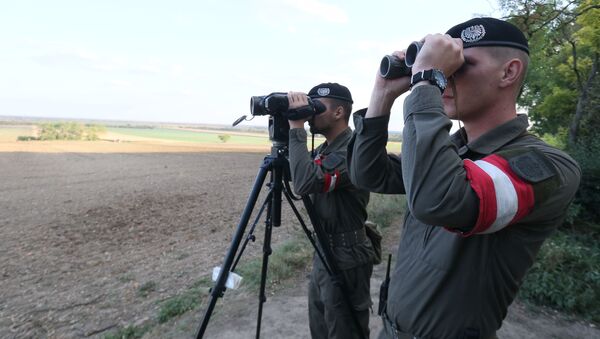 The 70-year-old retired Austrian colonel from Salzburg is in the center of an espionage scandal and faces up to 10 years in prison. Although Moscow called the accusations baseless, the case has prompted Austrian Minister of Foreign Affairs Karin Kneissl to cancel her visit to Russia.

The lawyer of the retired Austrian colonel, who is suspected of having passed secret information to Russia for 25 years, insists that his client could have never betrayed state secrets as he had no access to the classified data. According to the local outlet Kronen Zeitung, defender Michael Hofer welcomed the decision of the Salzburg State Court not to arrest the retired colonel.

"My client has assured me that he has not revealed any state secrets. He is very pleased with the decision of the court. He does not feel like a spy," the lawyer told the media.

The judge dismissed the application for pre-trial detention, citing there’s no danger that the suspect flees. He is said to be optimally socially integrated and has an irreproachable profile. Court spokesman Peter Egger also stated that the accused man has no access to sensitive information anyway since he is retired. Besides, his communications are restricted.

According to the Salzburg prosecutor's office, the suspect may be sentenced to up to 10 years in prison. The case against the retired officer, who is said to have spied for Moscow between the 1990s and the end of his careers, was made public last week following Kronen Zeitung’s report.

Austrian Chancellor Sebastian Kurz confirmed that a 70-year-old retired Austrian colonel was suspected of spying for Moscow and demanded that Russia provide "transparent" information on the issue. The incident prompted the cancellation of an official visit of Austrian Minister of Foreign Affairs Karin Kneissl to Russia.

Addressing the espionage case, Moscow protested to the Austrian Ambassador to Russia, calling the accusations baseless. In response, General-Secretary of the Austrian Interior Ministry Peter Goldgruber expressed hope that the incident would not undermine Austrian-Russian relations.