Hello, Darkness, My Old Friend: One Third of Swedes Feel Insecure in Their Homes 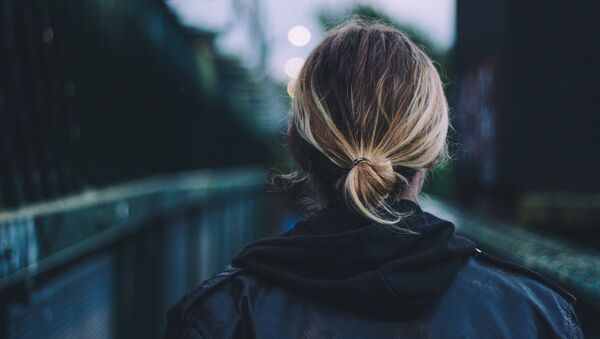 According to a report published by a Swedish security company, the feeling of insecurity peaks among women aged 18-29; four in ten feel threatened.

Almost a third of Swedes reported feeling a sense of insecurity in their homes and their immediate vicinity, a survey conducted by the security company Veisure has found. According to the survey, the feeling of insecurity spikes in late autumn and early winter, when up to 40 percent of respondents reported a sense of uneasiness.

The survey of 6,300 respondents showed that Swedes worry the most about burglaries in November and December, something that the researchers attributed to darkness and the fact that many choose to indulge themselves a vacation, leaving their homes empty.

The survey also showed a discrepancy between genders, as women reportedly felt less secure than men. Age proved to be another important variable, with younger people feeling less secure. All in all, women in the 18-29 age bracket fretted the most.

Siri Helle, a psychologist and the author of the survey, cited a programmed survival mechanism that makes people aware of potential threats.

"Feeling insecure does not mean that you actually are insecure. We live in one of the safest countries in the world and we have never had it as safe as now," Helle told the newspaper Metro, calling it a human tendency to be vigilant against threats and to prepare to prevent them.

Helle named darkness as one of the biggest culprits for the increase in Swedes' insecurity.

"Darkness is the biggest reason. When deprived of one of our senses, we become more vigilant and can sometimes see things that are not there. It is understandable," Helle said.

Helle stressed, however, that the feeling of insecurity might be on the irrational side, citing research that claims that women run a higher risk of being subjected to domestic violence, while men are more at risk while in public places, such as a pub.

"You should do what is reasonable to make you feel safe, and then continue living your life as usual. Otherwise, there is a risk of taking exaggerated security measures. Asking people in your surroundings whether you over-analyse might be good thing," Siri Helle explained.

Earlier this year, Hanna Sahlin-Lilja, a sociologist at Lund University, claimed a "historically low risk of being killed or injured by violence" amid a drastic reduction of violent crime across Scandinavia.

At the same time, the number of reported rapes of women aged 18 and over in 2017 was 14 percent higher than in the previous year, and there was a whopping 41-percent increase in the number of rapes where the victim was male.