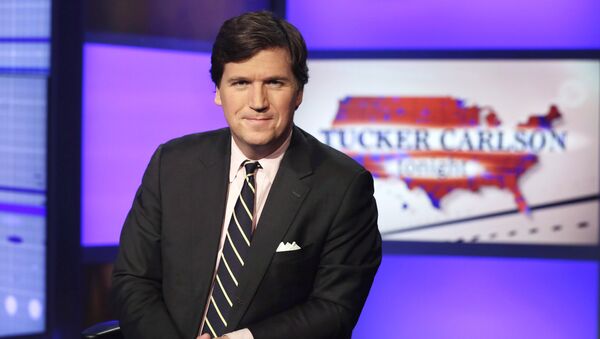 The Fox News Twitter account has been dark since November 8, ostensibly protesting social media’s lack of action in response to a threat against the political host Tucker Carlson by purported left-wing activists.

The Tribune Media content manager Scott Gustin said the Fox News Twitter account was shuttered in response to the social media giant ignoring pleas from the network to stop users from posting unkind statements about Carlson.

The @FoxNews Twitter account has been silent for over 24 hours. A Fox News employee tells me Fox is choosing to stay silent while protesting how Twitter handled posts targeting Tucker Carlson — specifically the ones that included his address. address.

Fox News managing editor Greg Wilson instructed his employees through the use of a leaked internal email to “refrain from tweeting out our content from either section accounts or your own accounts until further notice,” Business Insider reported on Sunday.

Super Bowl Champs Slam Fox News for Using Team Prayer Photos as ‘Propaganda'
Sources claiming to be close to the matter told the Hill on Monday that the Fox News Twitter account, which is thought to have over 18 million followers — tweeting 418,000 times since signing up 11 years ago — went silent after Twitter ignored demands to delete content related to protests against Carlson and his employers.

A tweet by a ‘Smash Racism DC’ account, now deleted, said “Activists ring doorbell, hold a protest at the Washington DC area home of @TuckerCarlson, racist, sexist, bigoted FOX News personality. So far no one has opened the door,” and recorded the incident in a video file to post online.

Calling out Carlson and Fox News for what many consider its consistent fear-mongering tactics, the group tweeted: “Each night you tell us we are not safe. […] Tonight we remind you that you are not safe either,” according to another tweet.

Carson released a statement on Tuesday claiming that his wife, who was alone at home at that time, thought the loud but otherwise non-violent protest was a home invasion, subsequently locking herself in a kitchen pantry in the suburban residence until police arrived.

Washington DC's Metropolitan Police Department said in a statement to The Hill that the protesters' actions were unlawful and that a criminal investigation had been launched.