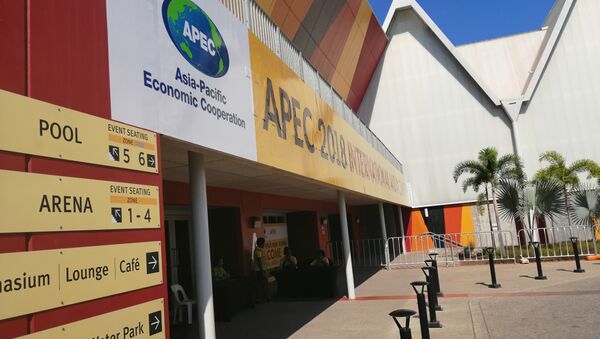 Denis Bolotsky
All materialsWrite to the author
Senior officials from the Asia-Pacific Economic Cooperation's member states are meeting in Port Moresby, Papua New Guinea this week to discuss trade, digital development and rising uncertainty in the global economy. In an exclusive interview, Sputnik discussed the agenda with Russia's senior official for APEC, Ambassador-at-Large Valery Sorokin.

Sputnik: You just took part in the opening session of the Economic Leaders' Week here in Port Moresby, and it's a concluding meeting for you and your colleagues before this year's APEC summit. Just how important is today's event?

Valery Sorokin: It's very important, because it's the final stage of coordinating, moving closer to each other in the positions of various economies. We are discussing issues where we have overwhelmingly coinciding views. Because everything in APEC is done by consensus, all the decisions should be based on a consensus. There are still some issues that need to be supported by everybody.  I hope this will be done smoothly. Simultaneously at the sessions, we are drafting the final papers of the Leaders' Week — the Leaders' Declaration and the Ministerial Statement. 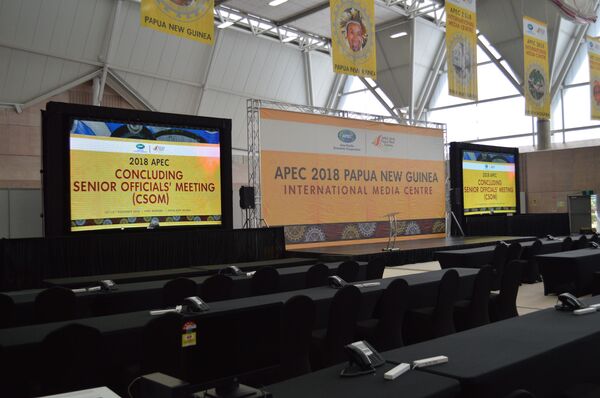 Sputnik: What does Russia bring to APEC and what are the benefits for the country from membership in this bloc?

Valery Sorokin: We get back quite a lot. I will not be getting into details, but as a matter of fact, we learn from our partners at APEC a lot regarding economic policy adjustments and improvements. Quite a number of epic initiatives have been taken up by Russia in our domestic circumstances and we thank APEC very much for providing us with such a positive experience.  There is also a huge venue for opportunities for our policymakers, for our business leaders to communicate with their partners within APEC. Our membership in APEC is a great honour for us and we will be as active as possible in APEC in the years to come.

While shooting the family photo the APEC senior officials were wearing same type of bright orange short-sleeved shirts. The AC was on and it seemed like it was too cold for many of them. Some went to taste delicious local coffee outside of the meeting room to get warm. pic.twitter.com/HzF1njzKTc

There is a specific area in which we are interested in — the strengthening of regional economic integration. We are moving towards the concept of a free trade area for the Asia Pacific, or the FTAAP, which is also important for Russia. Hopefully, when the concept is ready — it will provide a basis for all interested economies to join this free trade area. Russia is among those interested economies — that's for sure. 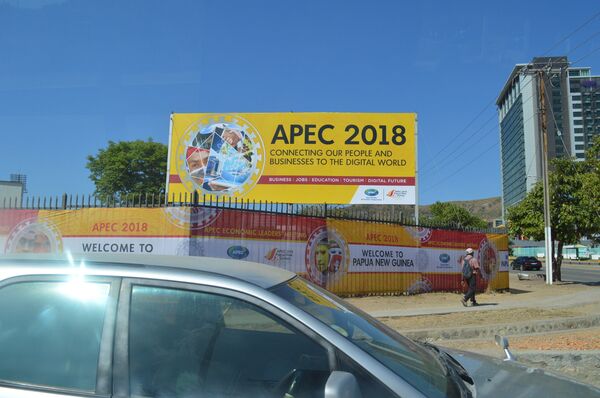 Sputnik: In a situation when trade wars and sanctions affect many countries, including Russia, could this free trade agreement — the FTAAP, become a cure against political protectionism?

Sputnik: Russian Prime Minister Dmitry Medvedev is a proponent of the digital economy and the digital economy tops the agenda here at the APEC summit, where Medvedev will be the head of Russian delegation. Does Russia have a lot to share with its APEC partners when it comes to digitalisation?

Valery Sorokin: Yes, I'm absolutely positive about that because many of my colleagues — senior officials approached me and said: "You know, Russia is very well-advanced in digitalisation of the economy". We do have experts in this area and we will share the technology with our APEC partners. APEC has developed a road map of adopting the Internet and digital economy. I think it's one of the first, if not the only multilateral institutions, which has developed such a road map — such a set of concrete actions in this area. And we hope that Russia will be one of the leaders of the collective effort to implement that road map.