Turkish-Australian Model Turned Away by Louvre for Revealing Outfit (PHOTOS) 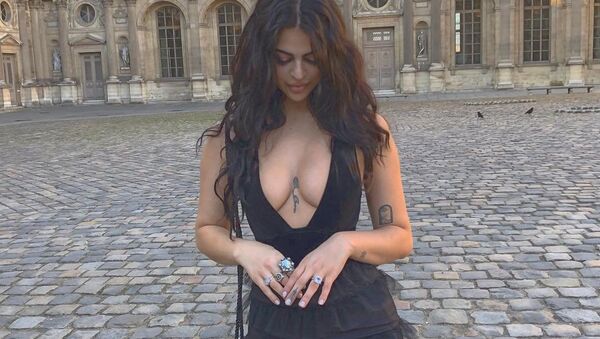 The Louvre’s website does not specify a dress code, although one provision of its visitor regulations states that guests mustn't “wear swimsuits, or be naked, bare-chested or barefoot.”

In an Instagram story, Newsha Syeh, a 25-year-old Turkish-born model from Australia, claimed that a security guard at the Louvre in Paris denied her entry because of her revealing outfit.

“He made the most disgusted and horrible gestures and facial expressions, swore me to cover up, with hate filled eyes stopped me entering. I am heartbroken, because I though the Louvre enforced the archaic rule. Turns out it does not.”

Picasso would have loved my outfit ✨

She later posted a screenshot of a Google search for the French museum’s dress code, with the results showing that the gallery had no clothing regulations.

“I’ve been to the Louvre before, it’s beautiful! It also hosts many portraits and statues of naked women, so I found it ridiculous that someone who worked there could be so offended and disgusted by the female body. If I was visiting a sacred church I would absolutely understand and dress accordingly,” she told Femail, a women's column in the Daily Mail.

The best city to get lost in

Although there is no specific dress code, section 1, article 2 of the gallery’s visitor regulations advises art patrons not to “wear swimsuits, or be naked, bare-chested or barefoot.”

Newsha and her boyfriend were eventually allowed into the museum after she put on her coat, “but I didn’t feel in the mood to enjoy art anymore after that,” she said.