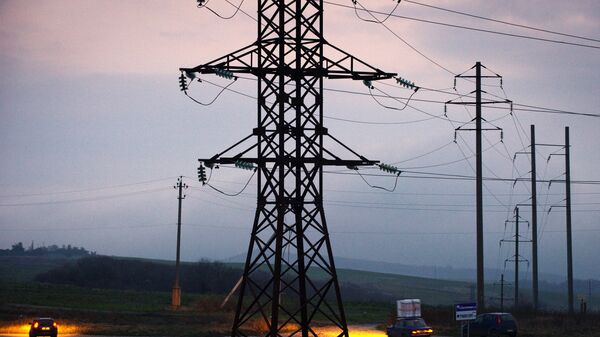 MOSCOW (Sputnik) - The new US sanctions against Russia are meaningless as they will not force Russia to change its course, Deputy Foreign Minister Sergey Ryabkov told Sputnik on Thursday.

"We can see that the United States, despite repeatedly stated, including recently at various levels, intentions to move toward the normalization of relations, still attempt to apply pressure and use the policy of dictate, which are categorically unacceptable for us,” Ryabkov said. Ryabkov stressed that the meaningless and fruitless steps taken by Washington will not change anything in Russia's approach and firm determination to follow its own course.

World
US Sanctions 9 Russian Entities, 3 Individuals Over Crimea - Volker
"Frankly speaking… we do not feel any impact from these steps, in terms of the circumstances in which we continue to implement our own plans for economic development. So all this has nothing to do with real life," he added.

Ryabkov also said that Russia's potential counter-measures may be taken in response to all US sanctions as a whole, rather than target specific sets of sanctions.

"To a large extent, we simply ignore this kind of hostile moves," the diplomat said.

Meanwhile, Russian Energy Ministry said Thursday that the new US sanctions would not affect the work of the Crimea TPP company.

"The imposition of sanctions will not affect the energy supply for consumers on the Crimean peninsula or the work of the Crimea TPP… The modernization and expansion of one of the facilities of the Crimea TPP — the Sakskaya thermal power plant is carried out with the use of Russian equipment," the ministry said in a statement.

Earlier in the day, the United States imposed sanctions on three individuals and nine entities over their investment and economic activity in Crimea and Donbass. The designated entities include Southern Project operated by Bank Rossiya owned by Yuri Kovalchuk, Mriya Resort as well as Spa in Yalta and its owner Garant-SV LLC.

World
Moscow Can Cope With Possible US Sanctions Against Russia's Debt
The Infrastructure Projects Management Company, engaged in construction of residential and non-residential buildings in Crimea, and its three sanatoriums — AY-Petri, Dyulber, and Miskhor — were also sanctioned on Thursday.

In addition, the US Treasury Department sanctioned Krymtets, a company that operates electric power generation facilities and transmission systems in Crimea.

Finally, the US Treasury Department sanctioned Vladimir Zaritsky, former Commander in Chief of the Missile Forces and Artillery of Russia and owner of Ukip LLC located in Simferopol.