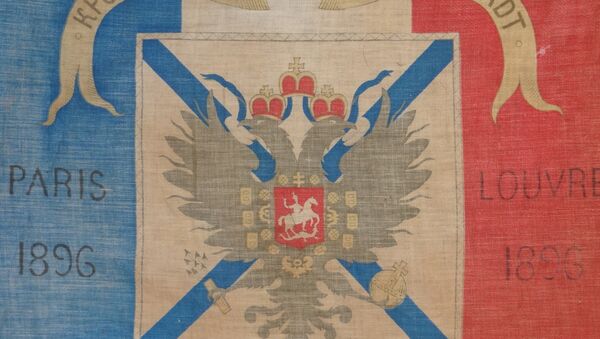 Earlier this week, the French president called for the creation of a "real European army" to defend Europe against "China, Russia, and even the United States."

French historian Dr. Edouard Husson has taken issue with Emmanuel Macron's interpretation of history in his remarks in Verdun on Tuesday, including Macron's call to protect Europe from Russia, which the president said was "on our borders and has shown that it can be a threat."

In an op-ed in Atlantico, Husson, former vice-chancellor of the Sorbonne, wrote that he was "surprised, to say the least" to hear the confrontational remarks by the president, "just days before the reception of President Putin as part of the commemorations" dedicated to the end of the Great War.

Le Pen Faults Macron for 'Empire' Ambitions as He Calls for Single European Army
According to the author, whatever issues the Macron's government may have with Russia, France would do better to recall what brings the two countries together, including what he referred to as the "heroic struggle and tremendous losses" faced by the Imperial Russian military in the fall of 1914, without which Germany would have been able to concentrate its strength on defeating the Allied forces on the Western Front.

"Isn't it time to pay homage to the 1.8 million dead of the Russian army? Shouldn't we leave contemporary politics aside to recall the paradox of the fact that a people, an empire, the Russians, who, as coercive as they were, twice save our Republic in the 20th century?" Husson asked.

The historian recalled that between 1914 and 1917, Russian sacrifices enabled France to contain German armies. Two decades later, between 1941 and 1945, the Soviet role in the defeat of Nazism enabled General Charles de Gaulle to return to France.

'Real European Army': Macron's Initiative is Taking Shape Step by Step
Calling on the government to put aside its uncompromising distaste for successive Russian leaders, Husson stressed that "it would be appropriate, over the next ten days, to think first and foremost about the people," about "the meek and the poor…who too often in the last two centuries have had to bear the consequences of decisions made by leaders cut off from their people."

Criticizing Macron's "real European army" concept for its labeling of Russia as an adversary, the historian pointed out that "when General de Gaulle advocated for the emergence of a 'European Europe', it was aimed at emancipating France from the United States and at the same time building a security architecture with Russia," not against it. "One could not happen without the other in the eyes of the founder of the Fifth Republic," Husson stressed.

Urging Paris to resist being "drawn into the frequent tendency by the Americans and the British to confront Russia," Husson noted that Gaullist reasoning with regard to Russia is as valid today as ever. "Without an understanding with Russia, how can we seriously think about balancing Europe with Asia? How can we claim, in 2018, to seriously fight Islamism and its militias without close cooperation with Moscow?" the historian concluded.