'Who Will Control Them?' US 'Very Concerned' About S-300s in Syria - Envoy 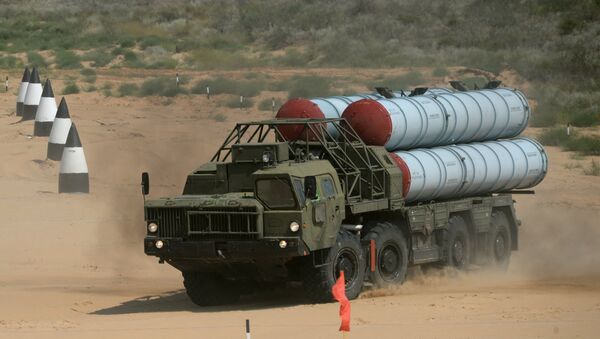 "We are concerned very much about the S-300 system being deployed to Syria. The issue is at the detail level. Who will control it? What role will it play," US special representative for Syria engagement James Jeffrey said, speaking at a press conference on Wednesday.

Russia started deploying its S-300 air defense systems to Syria on October 2 in response to a September 17 incident involving the downing of a Russian recon plane by Syrian forces defending against an Israeli air raid. The S-300s were part of a series of measures taken by the Russian military aimed at bolstering Syria's air defenses against future air attacks and assuring the safety of Russian military personnel in Syria.

"Our immediate effort is to try to calm that situation down and then move on to a long-term solution," Jeffrey said, commenting on the downed Russian plane, adding that the incident points to the dangers of having multiple militaries concentrated in a small area.

"Russia has been permissive, in consultation with the Israelis, about Israeli strikes against Iranian targets inside Syria. We certainly hope that that permissive approach will continue," the US diplomat noted.

World
Pentagon Report Questions US' Own Legal Justification for Staying in Syria
According to Jeffrey, Tel Aviv "has an existential interest" in blocking Iran from deploying long-range missiles in Syria which can be used inside Syria, with the US fully supportive of Israel's need to defend itself against this alleged threat. For its part, Washington will put financial and other pressure on Iran to 'more actively contest' its alleged activities, "particularly in Iraq, Syria and Yemen," the diplomat said.

Israel and its US allies have repeatedly accused Tehran of deploying troops and advanced equipment in Syria. Iranian officials have denied the claims, stating that Iran's deployment is limited to military advisers assisting the Damascus government in its fight against the jihadists, and that their presence, unlike that of the US, is legitimate under international law.

Israel conducted over 200 missions in Syria over a year and a half period up to early September 2018, but has not been reported to have done so since the September 17 raid.

Long-Term US Goal Removal of Foreign Military Presence in Syria

According to Jeffrey, the long-term US goal is to regularize the existing ceasefires in Syria and move toward a political solution, including the eventual withdrawal of Israeli, Turkish, Iranian and US forces in the country, but not Russian ones. In the meantime, US troops will stay in the country "until the enduring defeat of ISIS*," which includes dealing with concerns about the terrorist group's "ability to infiltrate back into areas as a terrorist force both in Iraq and in Syria in particular," Jeffrey said.