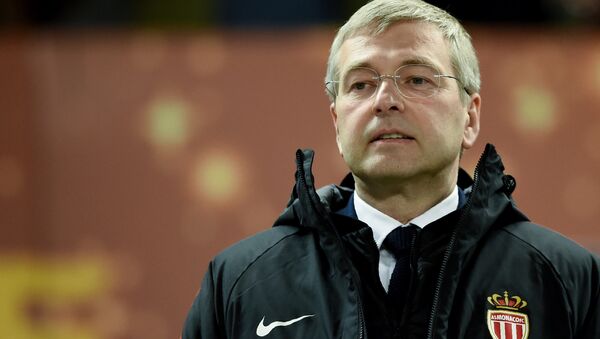 © AFP 2021 / NICOLAS TUCAT
Subscribe
MOSCOW (Sputnik) - Russian businessman Dmitry Rybolovlev, who was detained in Monaco over corruption, may be released on Wednesday or Thursday, a source in the judicial system told Sputnik.

"Rybolovlev was detained on Tuesday after 12 p.m. local time [11:00 GMT] for 24 hours. The investigator may decide to extend his detention for several hours. The period may be extended by six hours. In any case, today the issue of his detention will be resolved," the source said.

According to the source, Rybolovlev has "almost no" chances to stay in prison.

"Even if he is charged, the Russian businessman can pay a tax and live at his villa under a recognizance order. Imprisonment is not practiced there… The question is whether there will be a criminal case against Rybolovlev or not," the source noted.

EU Fails To Fix 'Outrageous' Monaco Loophole Which Helps Super-Rich Avoid Tax
Later in the day, the Monaco-Matin newspaper wrote that most former top officials of Monaco's judicial machinery were detained simultaneously with the Russian tycoon.

All those detained were questioned once again Wednesday morning, the newspaper added.

On Tuesday, Le Monde newspaper reported that Rybolovlev, a Russian businessman and president of Monaco football club, had been detained in the morning at the request of Monaco's authorities. Monacan prosecutors indicted Rybolovlev for "corruption" and "trade in influence," as well as complicity in these crimes, the newspaper said.

Rybolovlev's lawyers, in their turn, called for the businessman's presumption of innocence to be respected.