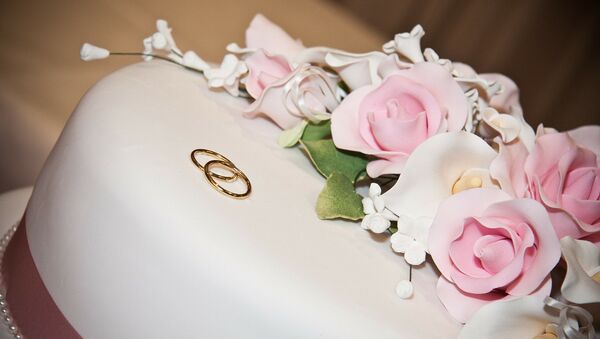 Ten men have been arrested on the Tanzanian island of Zanzibar under suspicion of being gay. Their detainment is part of a new crackdown on LGBTQ people at the behest of some of the country’s most influential politicians.

A beach resort wedding on the island of Zanzibar, just off the African coast in the Indian Ocean, turned into a nightmare Saturday as Tanzanian police raided the party and arrested 10 men after being "tipped off" by members of the public about a same-gender marriage taking place, a senior police officer told the BBC Wednesday. Six others fled the scene.

The arrests come only days after the governor of Dar-es-Salaam, the country's largest city and de facto capital, announced he was forming a 17-member squad to hunt down LGBTQ people on social media and encouraged members of the public to report on suspected homosexuals, Sputnik reported.

"These homosexuals boast on social networks," Dar-es-Salaam Governor Paul Makonda told AFP on November 1. "Give me their names. My ad hoc team will begin to get their hands on them." Under Tanzanian law, people found guilty of "any act of gross indecency with another person" could land in prison for up to 30 years.

The Independent reported November 1 that Makonda's team had been given thousands of names and received 18,000 messages of support for his crusade, many of which also named individuals suspected of being gay or bisexual. Makonda's crackdown is only the latest attack on LGBTQ people since President John Magufuli was elected in 2015, after which there were substantial rollbacks in accessibility to HIV/AIDS treatment for sex workers and men who have sex with men and increased hatred directed toward them.

"Makonda has made people believe that it is now okay to hate LGBT people, especially gay men. He has planted a hate that was not there before," a leading Tanzanian LGBT rights activist told the Guardian in 2016, following a previous crackdown by the Dar-es-Salaam governor.

"This is a shocking blow following the Tanzanian government's assurance that no one would be targeted and arrested because of their actual or perceived sexual orientation and gender identity," wrote Amnesty International's Deputy Director for East Africa, the Horn and the Great Lakes Seif Magango in a Tuesday press release. "This appalling attack on Tanzanian people simply exercising their human rights shows the danger of inflammatory and discriminatory rhetoric at senior levels of government."

AI noted that the 10 men, being held at the Chakwa police station in Unguja, had no charges brought against them and that the only evidence that existed justifying suspicion of them, aside from the anonymous tip, was that police found the men sitting in pairs, "two by two."

It is deeply ironic that Zanzibar, an autonomous island that banned same-gender marriage in 2004, should also be the ancestral home of one of the LGBTQ community's most famous celebrity icons, tourism to whose birthplace helps drive the Zanzibari economy.

Queen frontman Freddie Mercury was born on the island in 1946 as Farrokh Bulsara, the son of Parsi immigrants who practiced the Zoroastrian religion. The family fled the island after the 1964 revolution — which ultimately united the island with Tanganyika to form the country of Tanzania — going to England for safety, Vice reported. As the flamboyant lead singer of Queen, Mercury, a bisexual man, became an icon for the gay community. His death in 1991 due to complications from AIDS helped to launch the medical calamity into the worldwide spotlight.