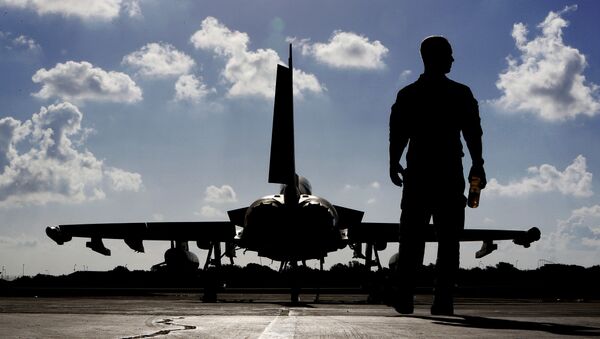 In a new report, the NAO warned the MoD's Equipment Plan 2018 to 2028, which sets out the equipment and support budget for the next ten years, remains unaffordable.

Existing equipment, such as the Typhoon combat aircraft, and equipment in development, such as four new nuclear-armed submarines, are included in the Department's plan.

The Ministry of Defence’s Equipment Plan remains unaffordable which is not sustainable if the Department wants to deliver longer-term value for money, according to today’s report: https://t.co/tAqQ8liat7 pic.twitter.com/rLeddoiTRi

The NAO recommended the Ministry of Defense start saving now, as opposed to relying on long-term cuts. Poor financial planning may see Gavin Williamson's Department facing the worst-case scenario of costs increasing by £14.8 billion should all the identified risks materialize.

The NAO recommended that the Defense Ministry decided which programs to defer, de-scope or delete as soon as possible.

"The Equipment Plan 2018-28 shows that the Ministry of Defense has a clearer understanding of the affordability issues that it faces, but it equally shows how urgently it needs to get on and tackle them," head of NAO, Amyas Morse, said in the light of the new report.

British-Built Weapons Symbol of Ministry Zest to Beef Up Defense Spending
Since his appointment as Defense Minister in 2017, Gavin Williamson has tried to beef up spending for the MoD, despite differences of opinion with UK PM Theresa May.

Mr. Williamson has also previously stressed to UK parliamentarians the significance of raising spending on defense, in the light of Britain exiting the European Union and aiming to forge even closer ties with its NATO partners.

000000
Popular comments
And yet they can steal enough tax money from their citizens too build 2 aircraft carriers they don't need and don't have enough manpower for them. And enough money for useless and defective F-35 planes And enough money building nuclear submarines to carry nuclear missiles for the Americans around in them. Talk about a con job by those British politicians and their MIC