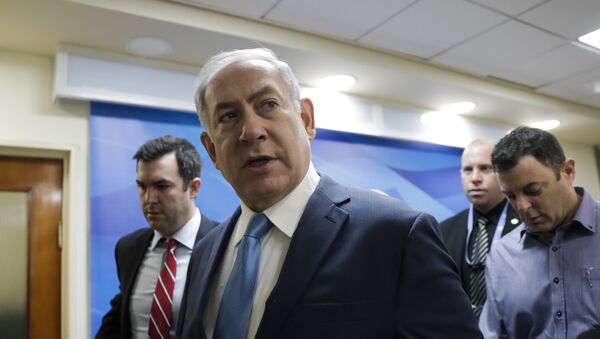 According to the indictment, the man called the police and told dispatcher about his plans to kill the prime minister, "because he hates him," even confirming his intentions during an interrogation.

"I've been planning this for a while. If the prime minister dies, it was I who killed him so there should be no doubts," Laniv told a police dispatcher, according tothe newspaper Arutz Sheva.

He was later arrested by the police and sent to have a psychiatric examination.

"In light of the above, the prime minister's security should be preferred over reducing the violation of the defendant's liberty by means of an alternative to detention, especially in cases such as these," the State Prosecutor's Office added, calling for the suspect to be remanded.

Earlier in September, the prime minister of Israel reportedly received death threats from an imprisoned right-wing activist Dor Ovad, who promised that Netanyahu would "end up like [assassinated Prime Minister] Yitzhak Rabin" for releasing Palestinian prisoners.