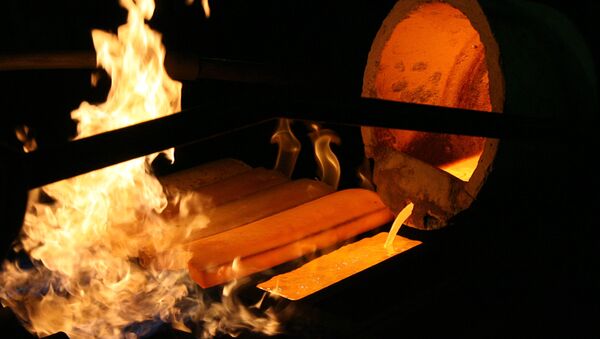 © Sputnik / Valery Titievsky
/
Go to the mediabank
Subscribe
International
India
Africa
Central banks around the world are increasing their gold reserves at an incredible pace. Over the last three months alone, they have purchased gold worth 5.82 billion dollars, which is roughly a quarter more than the year earlier. It is noteworthy that the Bank of Russia and the Turkish Central Bank have broken a record in terms of gold purchases.