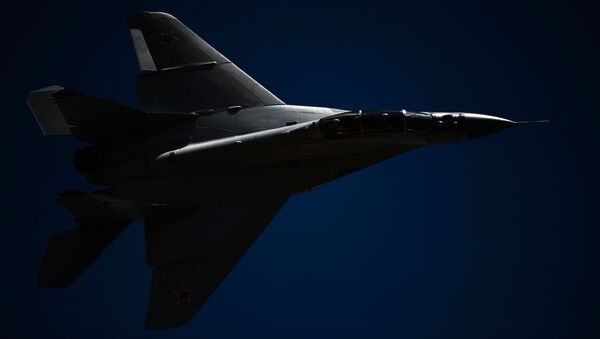 The Russian newspaper Kommersant reported that the aircraft, which crashed during a training flight, had been delivered to Egypt under a commercial contract in 2018.

"We have operational information about a crash of an Egyptian Air Force MiG-29M. In the near future, our technical experts will go to Egypt to assist in the investigation into the incident," the United Aircraft Corporation confirmed.

Later in the day, an Egyptian army spokesperson claimed that a technical malfunction of aircraft control system caused the incident.

"The fighter jet crashed during the training flight in one of the training areas due to the technical malfunction of aircraft control system. The pilot ejected safely," he said in a statement.

The news comes a month after another MiG-29 fighter jet crashed in a forest near Moscow during a training flight due to an unknown cause.