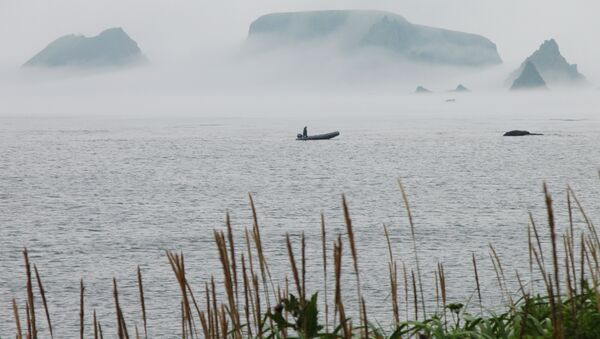 An uninhabited island off Japan’s northern coast, known as Esambe Hanakita Kojima, has mysteriously disappeared from the area, and no one knows for sure when and how it happened.

The island was most probably washed away by the waves; however, there is no evidence of when and how it could have happened. "It is not impossible that tiny islands get weathered by the elements," a coast guard official said, as reported by Sky News.

The islet used to be located around 1,650 feet off the northern Japanese island of Hokkaido in the Sea of Okhotsk, near the disputed between Russia and Japan Kuril Islands, which Japan claims to be its Northern Territories.

Esanbe was one of 158 islands that named by the Japanese government in 2014, reportedly in an effort to clarify the country's territorial reach and extent of its exclusive economic zone. According to international law, islands can only be named if they can be seen above the water line.

The island was last surveyed in 1987, rising 1.4 meters above sea level, there are no other recent reports about the island. Its disappearance was discovered only now after visiting author—Hiroshi Shimizu—came to the area to work on a book about Japan’s “hidden” islands.

Older local fishermen told the newspaper Asahi they recalled seeing the island decades ago but had to avoid the area because navigation systems recorded it as an undersea reef.

Due to earthquakes and severe weather, Japan's territorial waters are frequently change. For example, in 2015, a 300-meter strip of land emerged from the sea and attached itself to the coast of Hokkaido.